Critical information missing in fight to save wildlife 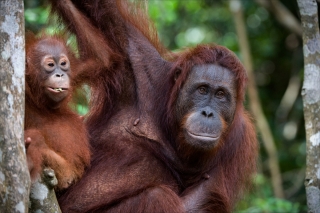 With global temperatures continuing to rise at an alarming rate, predictions for the impact of climate change on plants and wildlife must improve to give scientists a clearer picture of which species are most at risk of extinction.

Current predictions ignore important aspects of biology like species adaptation and movement that can have a profound influence on whether a plant or animal survives changes to its environment, a multinational group of 22 top biologists say in the latest issue of Science. While more sophisticated forecasting models exist, they can’t be used because we don’t have enough species information to make them work.

Profs. Andrew Hendry and Andrew Gonzalez, both from McGill’s Dept. of Biology, are among the biologists from the USA, Germany, France, the United Kingdom, and New Zealand who have contributed to the study.

“Climate change is perhaps the greatest challenge for biodiversity in the decades to come, especially in Canada,” says Prof. Andrew Hendry. “Our ability to predict, understand, and mitigate those changes requires dramatic improvements in monitoring and modeling.”

The group is calling for a coordinated global effort to gather much-needed biological information that will make climate change forecasts for biodiversity more realistic and precise. Doing so will not only help the scientific community better identify the most at-risk populations and ecosystems, the scientists say, it will also allow for a more targeted distribution of resources as global temperatures continue to rise at a record-setting pace.

“Right now, we’re treating a mouse the same way as an elephant or a fish or a tree. Yet we know that those are all very different organisms and they are going to respond to their environment in different ways,” says University of Connecticut Ecologist Mark Urban, the Science article’s lead author. ”We need to pull on our boots, grab our binoculars, and go back into the field to gather more detailed information if we are going to make realistic predictions.”

Current climate change predictions for biodiversity draw on broad statistical correlations and can vary widely, making it difficult for policymakers and others to respond accordingly. Those predictions often make gross assumptions that fail to account for the full range of biological factors that can influence an organism’s survival rate: species demographics, competition from other organisms, species mobility, and the capacity to adapt and evolve.

Generating more accurate predictions is essential for global conservation efforts. Many species are already moving to higher ground or toward the poles to seek cooler temperatures as global temperatures rise. But the capacity of different organisms to survive varies greatly. Some species of frog, for instance, can traverse their terrain for miles to remain in a habitable environment. Other species, such as some types of salamander, are less mobile and capable of moving only a few meters over generations.

With more than 8.7 million species worldwide, gathering the necessary biological information to improve predictions is a daunting task. Even a sampling of key species would be beneficial, the biologists say, as the more sophisticated models will allow scientists to extrapolate their predictions and apply them to multiple species with similar traits.

Where to start? The biologists are calling for the launch of a global campaign spearheaded by the Intergovernmental Science-Policy Platform on Biodiversity and Ecosystem Services (IPBES). The IPBES operates under the auspices of four United Nations entities and is dedicated to providing scientific information to policymakers worldwide. One thousand scientists from all over the world currently contribute to the work of IPBES on a voluntary basis.

“Our biggest challenge is pinpointing which species to concentrate on and which regions we need to allocate resources,” says Urban, who, through an earlier study in Science, predicted that as many as one in six species internationally could be wiped out by climate change. “We are at a triage stage at this point. We have limited resources and patients lined up at the door.”

Working groups for this project were supported by the Canada Research Chair program, the Natural Sciences and Engineering Research Council of Canada, the Quebec Centre for Biodiversity Science, the Synthesis Centre of the German Centre for Integrative Biodiversity Research, DIVERSITAS, and the National Science Foundation.