Canadians are aging well, but … 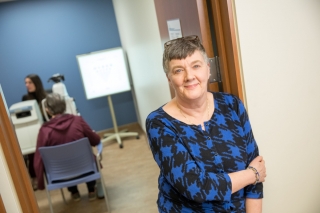 It's not every day that one receives a call from a researcher asking if they want to participate in a study on aging for the next 20 years of their lives. That's what 50,000 Canadians aged 45 to 85 have agreed to do in taking part of the Canadian Longitudinal Study on Aging (CLSA), one of the largest and most comprehensive studies on the health and well-being of the country’s aging population.

The CLSA – led by McMaster University in collaboration with key Quebec players the Research Institute of the McGill University Health Centre and the Research Centre on Aging of the Université de Sherbrooke – released ‘The Canadian Longitudinal Study on Aging Report on Health and Aging in Canada: Findings from Baseline Data Collection 2010-2015’. The report inspects physical, mental, and social aspects of aging based on data from participants, who are followed every three years.

“We are delighted to release those findings, it’s been a long journey,” says Dr. Christina Wolfson, co-principal investigator of the CLSA, who is also a senior scientist at the Research Institute of the McGill University Health Centre (RI-MUHC) and a professor at McGill University’s Departments of Medicine and Epidemiology, Biostatistics and Occupational Health. “This study is unique because it combines social, psychological and health aspects of aging and includes participants as young at 45.”

Some of the key findings of the CLSA’s Report on Health and Aging in Canada:

• 95 % of older Canadians rate their own mental health as excellent, very good or good

• 44% of older Canadians report that they provide some level of care to others, and caregiving rates are at their highest (almost 50%) among individuals aged 55-64

•  Almost 5% of Canadians aged 45-85 report having experienced a fall in the previous 12 months. Women experienced a higher frequency of falls than men.

Launched in 2010, the CLSA is a research platform and the data and biospecimens collected are available to the research community both in Canada and internationally.

“The success of this study on a national level over the next 20 years is dependent upon the research community’s use of this important national resource,” says Dr. Wolfson, who runs one of the CLSA’s data collection sites located at the RI-MUHC, in Montreal.

The Montreal site sees close to 3,000 study participants every three years. Interviewers first visit them in their homes asking questions about everything from their work life to memory and mobility, loneliness and diet. The RI-MUHC also houses the Statistical Analysis Centre, where Dr. Wolfson’s team examines the quality and reliability of the data and prepare it to be released to researchers.

“I am always amazed to see how many participants agreed to enroll in this study to help us collect data that will not benefit them directly. They know they will get very little out of it but they still do participate with enthusiasm. This is pure altruism and without them, we wouldn’t be able to conduct this research,’’ says Dr. Wolfson.

CLSA Report on Health and Aging in Canada

The full report highlights insights related to: physical and psychological health, loneliness and social isolation, caregiving and care receiving, transportation and mobility, work and retirement, physical function, disability and falls, lesbian, gay and bisexual aging, and lifestyle and behaviour, among others.

The Canadian Longitudinal Study on Aging is a large, national research platform that follows more than 50,000 men and women who were between the ages of 45 and 85 at the time of recruitment (which began in 2010) for 20 years or until death. Ongoing research projects and collaborations using CLSA data span the disciplines of biological, clinical, social and population health, and are aimed at understanding how various factors impact the maintenance of physical and mental health, as well as the development of disease and disability as people age. For more information about the CLSA, visit www.clsa-elcv.ca.