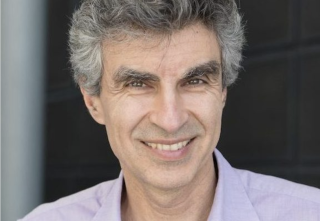 Congratulations to McGill graduate Yoshua Bengio, BEng’86, MSc’88, PhD’91, on being named a co-recipient of the 2018 A.M. Turing Award. Frequently referred to as the “Nobel Prize of Computing,” the Turing Award, presented by the Association for Computing Machinery (ACM), recognizes individuals for major contributions of lasting importance to computing.

Bengio shares the prize with Geoffrey Hinton, an emeritus distinguished professor of computer science at the University of Toronto, and Yann LeCun, the director of AI research for Facebook. The three longtime collaborators are all recognized as pioneering figures in the field of deep learning, a branch of artificial intelligence that has played a pivotal role in recent major improvements in a wide range of technologies including image recognition systems, video analysis systems and speech recognition systems.

Bengio has been a professor in the Department of Computer Science and Operational Research at the Université de Montréal since 1993. He holds the Canada Research Chair in Statistical Learning Algorithms and is the founder and scientific director of Mila – Quebec Artificial Intelligence Institute, a leading Montreal-based hub for AI research involving scientists from U de M, McGill and other organizations. In 2017, he was awarded the Prix Marie-Victorin, the Quebec government’s top honour for outstanding achievement in pure and applied science.

In an interview with the McGill News last year, Bengio discussed the important role that his time at McGill played in his career. “I actually discovered artificial neural networks when I was looking for my [master’s topic], discovering a passion that continues to this day.”

“McGill’s research community joins me in delivering enthusiastic congratulations to three-time McGill alumnus Dr. Yoshua Bengio, co-winner of the Turing Prize—the world’s highest honour for computing research. The work on artificial neural networks that Dr. Bengio began at McGill as a master’s student set the foundation for the breakthrough field of deep learning, now one of the fastest-growing areas in all of AI research. We are exceptionally proud of Dr. Bengio’s scientific contributions to McGill and to Canada, and of his ongoing leadership in building a strong partnership between the Université de Montréal and McGill at MILA, the CIFAR funded institute that serves to build knowledge in AI and stimulate the AI ecosystem in Montreal.” -Martha Crago, Vice-Principal, Research and Innovation.