Andrew Potter to head the MISC 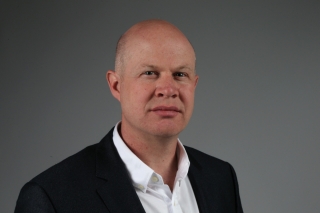 The McGill Institute for the Study of Canada (MISC) has announced that Andrew Potter, Editor of the Ottawa Citizen, has been appointed to the position of Director of the Institute for a three-year term effective August 2016.

“Andrew Potter has an unusual combination of academic credentials -- a PhD from the University of Toronto after which he held a postdoctoral fellowship at the Université de Montréal -- and national visibility as a commentator on political and cultural issues,” said Professor Hudson Meadwell, Interim Dean of the Faculty of Arts. “His reputation as a public intellectual in Canada and his experience as an editor at a major metropolitan newspaper will be great assets when he assumes the Directorship of the McGill Institute for the Study of Canada.”

Established in 1994 thanks to an innovative agreement between the Bronfman family and McGill University, the Institute runs an academic program at McGill, supports an active research environment, and organizes a variety of large-scale, public events on matters of interest to Canadians. These include MISC's annual conferences, which attract a great deal of attention from policy-makers, media and the general public. While the Institute itself is non-partisan, MISC is no stranger to debate and controversy.

Professor Will Straw, Director of the MISC since 2011, will continue his duties until Andrew Potter takes up his appointment on August 1, 2016.

Potter studied Philosophy as an undergraduate at McGill, earning a Bachelor of Arts degree in 1993.