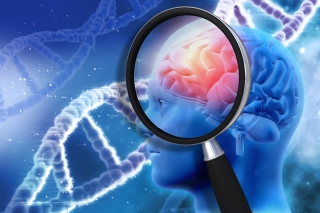 For years, neuroscientists have puzzled over how two abnormal proteins, called amyloid and tau, accumulate in the brain and damage it to cause Alzheimer's disease (AD). Which one is the driving force behind dementia? The answer: both of them, according to a new study by researchers at the Douglas Mental Health University Institute.

In the journal Molecular Psychiatry, the team led by Dr. Pedro Rosa-Neto, a clinician scientist at the Douglas and assistant professor of Neurology, Neurosurgery and Psychiatry at McGill University, reports for the first time evidence that the interaction between amyloid and tau proteins drives brain damage in cognitively intact individuals.

”We specifically found that both proteins mutually enhance their individual toxic effects and cause a brain dysfunction considered to be a signature of AD. This finding challenges previous polarized theories that a single protein abnormality was the major driving force of disease progression,” explains Dr. Rosa-Neto, whose team is part of the CIUSSS de l’Ouest-de-l’Île-de-Montréal research network.

This research also points toward new therapeutic strategies to mitigate the progression of AD.

”Until now, therapeutic clinical trials have targeted a single pathological process. Our result paves the way for new therapeutic strategies for prevention or stabilization of AD. For example, combination therapies should be used simultaneously against both amyloid and tau protein accumulation”, says Dr. Tharick A. Pascoal, lead author of the study.

This work was funded by the Canadian Institutes of Health Research, the Alan Tiffin Foundation and the Alzheimer's Association. Individuals evaluated in this study were part of the Alzheimer’s disease neuroimaging initiative study.

About the science team of Dr. Pedro Rosa-Neto

Dr. Serge Gauthier (MD, FRCPC) is a neurologist and a full-time clinician researcher who has been conducting research on dementing disorders at the Douglas Institute since 1990. Dr. Gauthier is the director of the Alzheimer's Disease Research Unit at the McGill Centre for Studies in Aging. In 2015, he was appointed to the Order of Canada for his contributions to advancing our understanding of Alzheimer's disease and dementia, and for fostering the development of research networks in his specialty.

Dr. Tharick Ali Pascoal (MD) is a Brazilian neurologist who is currently conducting PhD studies on the Integrated Program in Neuroscience (IPN) at McGill University.  Dr. Pascoal is a recipient of a Stop-AD scholarship. For his thesis, he focuses on in vivo quantification of protein to protein interactions as determinants of dementia using imaging and fluid biomarkers.