Is AI good or bad for the climate? It’s complicated 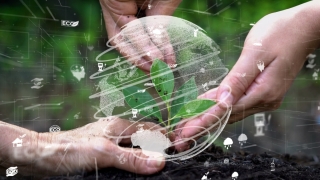 As the world fights climate change, will the increasingly widespread use of artificial intelligence (AI) be a help or a hindrance? In a paper published this week in Nature Climate Change, a team of experts in AI, climate change, and public policy present a framework for understanding the complex and multifaceted relationship of AI with greenhouse gas emissions, and suggest ways to better align AI with climate change goals.

"AI affects the climate in many ways, both positive and negative, and most of these effects are poorly quantified," said David Rolnick, Assistant Professor of Computer Science at McGill University and a Core Academic Member of Mila – Quebec AI Institute, who co-authored the paper. "For example, AI is being used to track and reduce deforestation, but AI-based advertising systems are likely making climate change worse by increasing the amount that people buy."

The paper divides the impacts of AI on greenhouse gas emissions into three categories: 1) Impacts from the computational energy and hardware used to develop, train, and run AI algorithms, 2) immediate impacts caused by the applications of AI - such as optimizing energy use in buildings (which decreases emissions) or accelerating fossil fuel exploration (which increases emissions), and 3) system-level impacts caused by the ways in which AI applications affect behaviour patterns and society more broadly, such as via advertising systems and self-driving cars.

“Climate change should be a key consideration when developing and assessing AI technologies,” said Lynn Kaack, Assistant Professor of Computer Science and Public Policy at the Hertie School, and lead author on the report. “We find that those impacts that are easiest to measure are not necessarily those with the largest impacts. So, evaluating the effect of AI on the climate holistically is important.”

AI’s impacts on greenhouse gas emissions - a matter of choice

The authors emphasize the ability of researchers, engineers, and policymakers to shape the impacts of AI, writing that its "… ultimate effect on the climate is far from predestined, and societal decisions will play a large role in shaping its overall impacts." For example, the paper notes that AI-enabled autonomous vehicle technologies can help lower emissions if they are designed to facilitate public transportation, but they can increase emissions if they are used in personal cars and result in people driving more.

The researchers also note that machine learning expertise is often concentrated among a limited set of actors. This raises potential challenges with respect to the governance and implementation of machine learning in the context of climate change, since it may create or widen the digital divide, or shift power from public to large private entities by virtue of who controls relevant data or intellectual capital.

"The choices that we make implicitly as technologists can matter a lot," said Prof. Rolnick. "Ultimately, AI for Good shouldn't just be about adding beneficial applications on top of business as usual, it should be about shaping all the applications of AI to achieve the impact we want to see."