Virus-cell interactions in the regulation of HIV expression and replication. 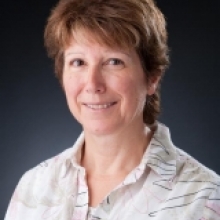 Virus replication is the result of a co-evolution between the virus and its host. Viral proteins and RNAs use cellular components for their function and act on cellular mechanisms. In response, cellular pathways interfere with viruses, which result in helping or counteracting viral replication. We study the regulation of these mechanisms in the context of the Human Immunodeficiency Virus (HIV) infection. With the increasing efficacy of the treatments (1997 to present), HIV infection has become a chronic disease instead of a deadly disease, but there is still no cure. My lab applies fundamental knowledge in virus-cell interactions to address some remaining issues with HIV treated patients. We study the weak innate immune response to HIV and the viral persistence in specific cells, the interplay between RNA interference mechanisms and HIV in long-term infection and the search for compounds, which could be used in gene therapy to completely eliminate the virus:

1) Innate cell response to HIV infection: We characterize part of the innate cell response to HIV infection after interferon production. HIV has evolved to replicate in cells where this response is limited due to multiple cellular events. We have characterized the control of PKR activation by TRBP (a protein that binds the HIV TAR RNA), PACT (PKR activator) and ADAR1 during HIV replication. We continue with the elucidation of more mechanisms and the characterization of these regulations in patients with persistent infection.

3) Using RNA-based technologies to decrease HIV replication by gene therapy. The current therapies against HIV are treatments but not a cure. As soon as the treatment is stopped, a rebound of the virus load is observed. Therefore, it is a priority to develop treatments, which can potentially eliminate the virus or eliminate infected cells located in the so called “reservoir cells”. One example of a cured patient after transplantation of non-infectable stem cells shows that the modification of hematopoietic stem cells with RNA-based anti-HIV compounds by gene therapy should be feasible. We explore different compounds from small interfering RNAs to ribozymes to target the HIV RNA and the RNA of cellular factors required for its replication to reach a maximum inhibition of virus replication.