McGill Cares Webcast: Much Too Young – The Impact of Early Onset Dementia 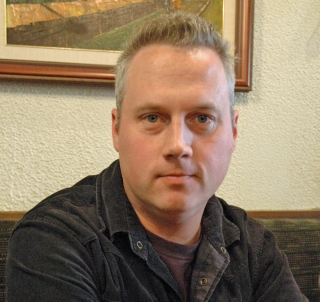 Join us on July 29 at noon for the next webcast in our weekly series, McGill Cares, designed to support informal caregivers. During candid, 30-minute interviews with leading experts, Claire Webster, Alzheimer Care Consultant and Founder of the McGill Dementia Education Program, will explore topics related to caring for a loved one with dementia.

Much Too Young – The Impact of Early Onset Dementia

Chris Wynn is an award-winning filmmaker and Alzheimer’s advocate. Mr. Wynn documented his father’s struggles with Alzheimer’s Disease to produce an award-winning feature documentary for TVO called Forgetful Not Forgotten. He has since produced Much Too Young, a documentary about younger caregivers that was nominated for a Canadian Screen Award in 2017, and the web series A New Voice, Living Well with Dementia about a woman living with dementia in her late forties. His current work explores animated and augmented virtual reality for storytelling.

Mr. Wynn will talk about his decision to return to Québec to care for his father and the impact it has had on his life. He will discuss early onset dementia and how it affects young caregivers, and share what he has learned from other caregivers that he has met through his filmmaking and advocacy work for the Canadian Alzheimer’s Society.

This free webcast is sponsored by Home Care Assistance.