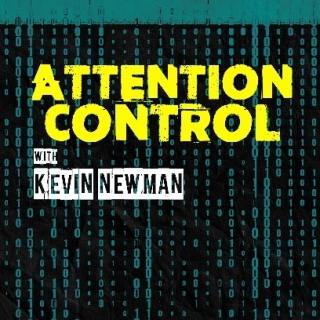 “Everything about this project is cutting edge,” says Newman. “We’re bringing proven journalistic experience to what I consider the most important new issue in politics: the digital attempts to manipulate public opinion. Podcasting allows for deep investigation and conversations which will help inform and protect voters. We have already uncovered some surprising data and stories that we will be reporting on in the coming weeks.”

Attention Control is a project of the Max Bell School of Public Policy at McGill University, funded by The David Family Foundation and The Rossy Foundation. The podcast is one of Canada’s first wholly foundation supported public interest journalism projects.

“Understanding the digital media ecosystem and how information is shaping the minds of voters is absolutely critical to ensuring a free and fair election. We see our partnership with Attention Control as a central tool to communicating our research to a wide public and to sparking a national debate about the role of technology in our democratic processes,” says Taylor Owen, Beaverbrook Chair in Media, Ethics and Communication at McGill University’s Max Bell School of Public Policy and Academic Lead on Attention Control.

Over the course of the federal election, “Attention Control with Kevin Newman” will provide listeners with in-depth reporting on topics including how businesses and government agencies are leaving Canadians’ personal information vulnerable; the data Canada’s political parties have on voters and how they use it; how misinformation is purposely spread on social media to change voting intentions; and, the efforts of foreign governments and third party actors to influence voter intentions through the use of digital tools, platforms and big data.

Through its partnership with The Max Bell School of Public Policy at McGill University, “Attention Control” will also provide listeners with unprecedented access to social media data and cutting-edge research during the election on how digital media is influencing voters’ perceptions of the campaign.

The podcast will also benefit from the advice and participation of an advisory board representing leading journalists, researchers and technology experts. This group includes:

“Attention Control with Kevin Newman” is available now for downloading on the iHeart Radio Network, Apple, Spotify, or wherever you get your podcasts.