Picture this: you’re a parent, starting your weekday by dropping your son off at daycare. You’re enjoying your morning as you drive calmly through your neighbourhood, but you soon notice that a police car has made a U-turn to follow you. It follows you but never passes you or flags you down. You continue to drive with increasing concern—you don’t know what the police want.

On March 25, the Max Bell School of Public Policy held a conference entitled "Racial Profiling in Policing." Joel DeBellefeuille was among the speakers and discussed his experience of Driving While Black. What Mr. DeBellefeuille recounted was an almost decade-long legal battle culminating in the 2020 decision of the Quebec Human Rights Tribunal. His fight to have his experience understood as racial profiling, in both its individual and systemic forms of discrimination, led to extensive public interest remedies on the City of Longueuil as well as an order of damages against the officers.

In the spring of 2012, Mr. DeBellefeuille drove his Black BMW with his wife and niece to drop his young son off at daycare in Montreal’s South Shore. After his car passed a police vehicle at an intersection, Mr. DeBellefeuille explains that he was followed for over a kilometer by two police officers who never turned on their lights, nor their sirens, but later accosted him at his son’s school. This recounting was contested by the officers, who claimed they told Mr. DeBellefeuille it was a random stop and that they needed to see his identification. What followed this 2012 incident was eight years of legal battles in which the City and the officers delayed proceedings and dragged their feet in court. Finally, in November 2020, the Quebec Human Rights Tribunal found DeBellefeuille to have been racially profiled and ordered the City of Longueuil and the two officers who stopped DeBellefeuille to pay him $12,000 in compensation and damages. Mr. Justice Christian Brunelle also told the local police department that, as part of an update to its 2015 - 2017 action plan to counter racism and discrimination, the department should adopt a policy of anti-profiling training and begin collecting race-based data on the targets of its traffic stops.

This incident was not Mr. DeBellefeuille’s first experience being racially profiled. In fact, this was his third time being stopped while driving for “random” verifications. Each time the officers who stopped him gave flimsy excuses, always claiming the stop to be random or simply driven by the quota of verifications they needed to meet. Maybe the officers didn’t see the pattern, but Mr. DeBellefeuille indeed did. Even if an institution of state power refused to acknowledge it, he knew that he and others like him were victims of racial profiling.

What is racial profiling?

Racial profiling, as defined by the court in this case and in the landmark Supreme Court of Canada decision in Quebec v. Bombardier Inc., 2015, is “any action taken by one or more people in authority with respect to a person or group of persons, for reasons of safety, security or public order, that is based on actual or presumed membership in a group defined by race, colour, ethnic or national origin or religion, without factual grounds or reasonable suspicion, that results in the person or group being exposed to differential treatment or scrutiny.”

Racial profiling includes any action by a person in a situation of authority who applies a measure in a disproportionate way to certain segments of the population on the basis, in particular, of their racial, ethnic, national or religious background, whether actual or presumed.

In the case of Driving while Black, racial profiling conflates non-whiteness with deviance, which is then used as the basis for additional surveillance and control. The Supreme Court of Canada recognized that racial profiling is a form of discrimination since it creates a distinction or exclusion based on human rights-protected grounds and is therefore prohibited by Canadian law.

According to the United Nation’s General recommendation No. 36 (2020) on Preventing and Combatting Racial Profiling by Law Enforcement Officials, racial profiling is also a violation of international human rights law. Importantly, racial profiling does not only occur through the criminal justice system, but its expression in police practices is often the clearest and most direct form of aggression and injustice at the hands of the state against visible minorities. According to the ACLU, racial profiling degrades, dehumanizes, and humiliates at best. At worst, it unjustly subjects individuals to violence while alienating and traumatizing them and their communities.

A history of biased policing in Quebec

Racial profiling is systemic when it becomes a pattern of behaviour embedded into the policies and practices of an institution—in this case, Longueuil’s police force. Calling Mr. DeBellefeuille’s traffic stops “random” attempts to isolate these events and negate their systemic nature. But the experience of other Black, Indigenous, and people of color (BIPOC) in the province would contradict the claim of randomness. Andy Basora, Leslie Blot, Mamadi Camara, Majiza Philip—who was also gracious enough to speak about her experience at the Max Bell School conference—and countless others have been arbitrarily stopped by law enforcement in Quebec. Some have been profiled for Driving While Black, like Mr. DeBellefeuille, and others for merely walking down the street or asking an officer a question. As long as whiteness is seen as the norm and any other identities as suspect, policing will always rely on stereotypes and racial profiling.

A step in the right direction

While the judge’s decision in Mr. DeBellefeuille’s case is both precedent-setting in its connection of racial profiling to discrimination and an affirmation of his experience, it also sets in place essential policy changes for the City of Longueuil. Collecting and publishing disaggregated data on policing in Quebec can help demonstrate the pervasiveness and systemic nature of racial profiling in the province. In fact, Mr. Justice Christian Brunelle characterized this legal remedy in his decision as a measure of public interest. Additionally, collecting this data serves to hold the police department accountable and measure the success of its training programs in preventing racial profiling. Moreover, only when racial profiling is seen to be the widespread differential treatment of one or more groups based on the color of their skin by a state institution like the police can Quebec begin to understand that racial profiling is racial discrimination.

Disaggregated data is not the only solution to a very complicated and institutionalized problem. As Professor Delores V. Mullings, Anthony Morgan, and Heather Kere Quelleng write, “racial profiling is used to stereotype, stigmatize, harass and discriminate against African Canadians.” Therefore, racial profiling is the product of a systemic fear of Black bodies, which requires a cultural shift across Canadian institutions. Collecting and publishing disaggregated data cannot undo all of that, but it is a start.

One thing is certain, stories like Mr. DeBellefeuille’s are not unique. Quebec, mainly as result of it’s history of racial and ethnic tensions, has long struggled to recognize systemic inequality. In July 2020, Quebec Premier Francois Legault argued that while “some” racism does exist in his province, the vast majority of Quebecers are not racist. Statements like this, coupled with laws such as Bill 21 which, infringe upon Quebecers’ constitutional equality rights protected under the Charter of Rights and Freedoms, send a message to BIPOC individuals that their existence remains second-class. Joel DeBellefeuille had the determination to change the way the police operate, both for himself and for other Quebecers. He refused to be silent in the face of injustice.

Fahmy, Gabrielle. “'Would It Have Been the Same If It Was a White Person?': Inquiry into Wrongful Arrest of Mamadi Camara.” Montreal. CTV News, February 10, 2021. https://montreal.ctvnews.ca/would-it-have-been-the-same-if-it-was-a-whit....

UN Committee on the Elimination of Racial Discrimination (CERD), CERD General Recommendations No. 36, adopted 2020, available at: https://tbinternet.ohchr.org/Treaties/CERD/Shared%20Documents/1_Global/CERD_C_G C_36_9291_E.pdf [accessed 18 May 2021] Adele Brawley is a 2018 graduate of the University of Western Ontario, where she received a B.A., Honours Specialization in Political Science. Outside of the classroom, she worked as an analyst in Western’s Democracy Lab, a student-run research group publishing various political risk assessment reports on the multi-faceted consequences of government policy affecting foreign investment opportunities around the world.

Since then, Adele spent two years working in public relations in her native Montreal, where she gained valuable experience in strategic communications, business development, crisis communications, and competitor analysis. Adele is motivated by helping others and hopes to work towards breaking down the social and economic inequalities women and girls face in Canada. As a former competitive swimmer and swim team coach, Adele enjoys being outside and in the water. 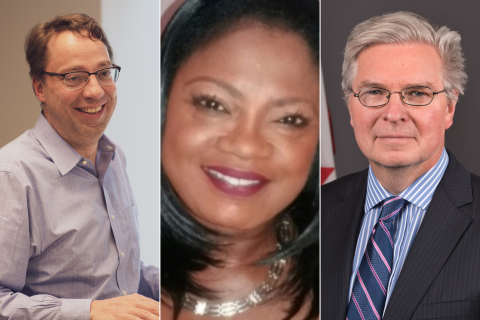 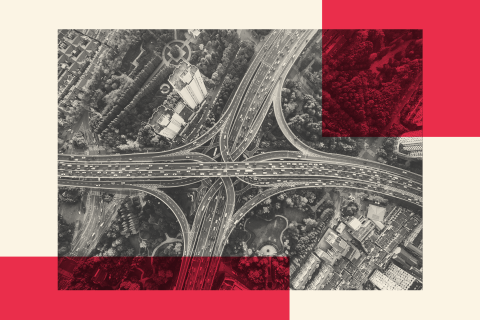 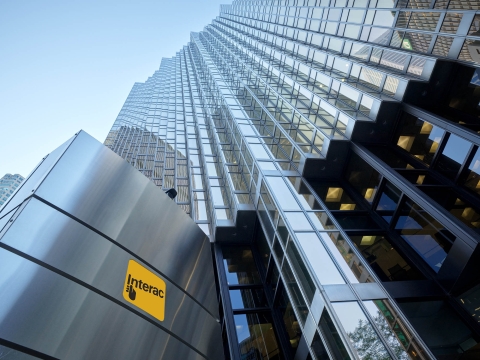 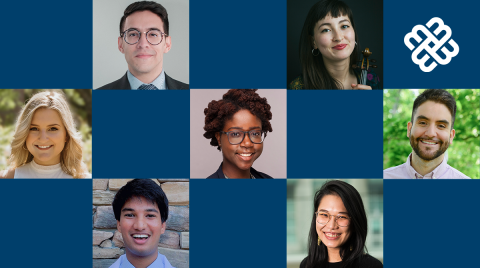 Urgent Global Collaboration is Required to Avert the Next Food Crises 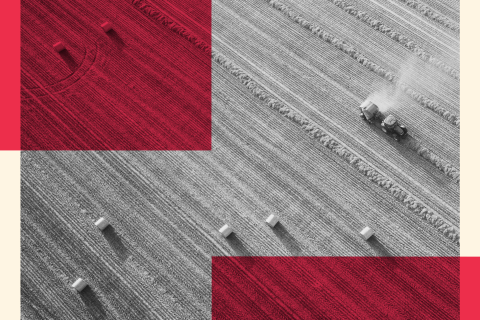