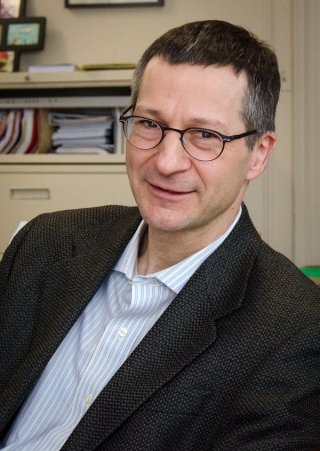 The Faculty of Law is pleased to announce that Professor René Provost, Ad. E., has been elected a Fellow of the Royal Society of Canada (RSC). Professor Provost is one of nine McGill scholars to be named as RSC Fellows. Their induction will take place on November 22. Established in 1883, the RSC numbers more than 2,400 Fellows, selected by their peers for outstanding contributions to the natural and social sciences, arts, and humanities.

Professor Provost joined the Faculty of Law in 1994. He has a particular interest in human rights, international criminal law, the law of armed conflict, and the intersection of law and culture. He served as the Faculty’s Associate Dean (Academic) from 2001 to 2003 and was the founding Director of the Centre for Human Rights and Legal Pluralism from 2005 to 2010.

In 2015, he was awarded a fellowship by the Pierre Elliott Trudeau Foundation for his research project exploring the possibility of convincing armed, non-state groups to apply justice by respecting minimum standards of international humanitarian law in conflict zones. In 2017, Professor Provost received the Barreau du Quebec’s Advocatus Emeritus (Ad. E.) distinction.

Currently, Professor Provost the principal investigator for the Centaur Jurisprudence Project, an interdisciplinary research team in law and anthropology that explores the ways in which the concept of culture is transformed by its consideration through different legal processes.

“I am thrilled to see this recognition of René Provost’s stature as an internationally acclaimed scholar of public international law and international humanitarian law,” said Dean Robert Leckey. “It’s a testimony to the strength of researchers associated with our Centre for Human Rights and Legal Pluralism, of which he was founding director.”