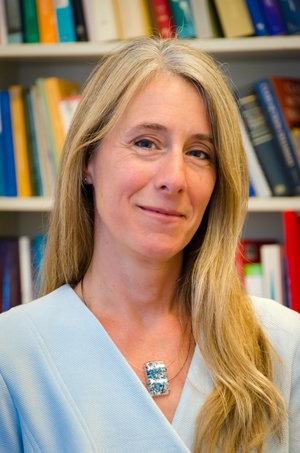 The Faculty of Law is pleased to announce that the Canadian Bar Association, Quebec Branch (CBA-Quebec), has awarded the Paul-André-Crépeau Medal to Professor Geneviève Saumier, who holds the Peter M. Laing Chair.

In its letter to Professor Saumier, CBA-Quebec praised her contributions to the advancement of international aspects of consumer law, international dispute settlement and cross-border class actions: "You have demonstrated, through your outreach, research and teaching activities, as well as through your practice, publications and commitment, a lasting influence in these areas of law, both here and internationally.”

Through her extensive publication record, Professor Geneviève Saumier has significantly contributed to the advancement of legal thought, including the interpretation, evolution and reform of international private and commercial law. Moreover, her work has been cited on several occasions by the Supreme Court of Canada.

Dean Robert Leckey hailed this well-deserved recognition of our colleague and stated that Professor Saumier "is an outstanding jurist whose contribution to legal science fits perfectly with the type of scholarship that the Paul- André-Crépeau Medal seeks to reward."

The Paul-André-Crépeau Medal is awarded each year by the Canadian Bar Association, Quebec Branch, to a Canadian jurist who has advanced the international aspects of both private law and business law in in Quebec and Canada. Professor Saumier is its 15th recipient, joining luminaries such as Professor Armand de Mestral, as well as the late H. Patrick Glenn and Roderick Macdonald.