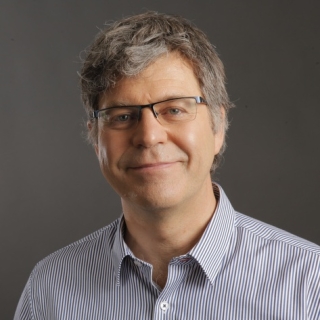 Dr. Pierre Pluye, researcher and Full Professor in the Department of Family Medicine, took a few detours before ending up in McGill’s Department of Family Medicine. Originally from the Ardèche region of southeastern France, Dr. Pluye knew he wanted to pursue a career in medicine at the age of 11. He moved to Toulouse in 1981 to pursue his medical training at Paul Sabatier University. Between 1988 and 1997, Dr. Pluye worked as a general medicine resident in several departments, including two years in pediatrics, and as a general practitioner in the south of France in several rural communities.

At the same time, Dr. Pluye worked with the humanitarian organization "Doctors of the World" in France, in the former Yugoslavia, in Haiti, in Romania and in Somalia. More specifically, he worked as a coordinator of public health programs including an international epidemiological study on mother-child health. It was this international experience that led him to pursue a Master's degree in Public Health at l’Université de Montréal. In 2002, after reorienting his career to become a researcher in Quebec, Dr. Pluye obtained his PhD in Health Promotion, also from l’Université de Montréal. In 2003, he obtained a post-doctoral fellowship from the Canadian Institutes of Health Research (CIHR) to work in the Department of Social Studies of Medicine at McGill. During this time, he began to develop his expertise in mixed methods. Finally, he joined the McGill Department of Family Medicine as an Assistant Professor in 2005, and became a Full Professor in 2015.

Though Dr. Pluye is trained physician, he is not licensed to practice this profession in Quebec. "On March 3, 1995, I fell in love with a child psychiatry resident from Quebec City, and we had to choose between the two countries because there were no France-Quebec agreements for health professionals at the time. In other words, at least one of us could not work as a clinician in either country," he says. "In 1997, my spouse got the university position she was aiming for, and I reoriented my career to become a researcher in Quebec. "

"During my postdoctoral research, I had to decide what I wanted to do with my life next. I still remember the exact moment when I realized that Family Medicine and Primary Care research would be an ideal career because it would allow me to somehow combine my professional experience (the past) with my research projects (the future)," explains Dr. Pluye. "This dream became a reality in the Department of Family Medicine at McGill University thanks to my early mentors in the field, such as Drs. Grad, Dawes and Macaulay. I found a home and a friendly network at McGill where my work and expertise were mobilized in research and research teaching. "

Dr. Pluye's research program, which began in 2005, aims to improve the impact of online health information, including the effects on clinicians, managers, patients and the public. He uses mixed methods for which his expertise is internationally recognized. "We live in an information society and I began working on this fascinating topic with Dr. Roland Grad. This fascination has never left me, because information is everywhere and complex. It is a fantastic tool for family physicians and the public to know at any time what a word, a diagnosis, a drug or a treatment means. The right to information is one of the pillars of our democracies. Of course, not everything is good, and information has two sides: positive and negative effects. Specifically, misleading information undermines this right and our societies," says Dr. Pluye. His research aims to promote reliable information that is easy to read, listen to and see, and to combat misleading information.

Since he joined the Department in 2005, Dr. Pluye's training has attracted more than 1,800 students from a wide variety of disciplines in Canada and abroad. Upon invitation, he has given workshops, courses and presentations on mixed methods in Brazil, Denmark, France, Germany, Switzerland, the United Kingdom and the United States. When it comes to mixed methods, he is the most prolific "producer" of articles, reviews and book chapters (in all scientific disciplines) with "mixed methods or reviews" (in French or English) in the title, abstract and keywords.

In March 2021, Dr. Pluye received the NAGS Doctoral Teaching Award. This award recognizes excellence and creativity in teaching doctoral students, as well as innovation in the development and implementation of graduate programs. The award recognized his groundbreaking teaching of mixed-methods research and mixed-methods journals at McGill University, both nationally and internationally including methodological publications. "The award was an incredible surprise," says Dr. Pluye. "I was extremely happy and proud to be nominated by my students and McGill, but I had no idea that I would be awarded the prize. It is the highest international honour I have received to date. This award reflects on our graduate program, our department and our faculty. Receiving this prestigious award left me speechless. I was a rural physician in the last century, and I became a family medicine researcher later, so to get this award is incredible."

To celebrate the original and influential contribution of Dr. Pluye, a founding member of the McGill Family Medicine Education Research Group (FMER), to the advancement of mixed methods research and mixed studies reviews in general, the FMER recently announced a sponsorship of “The Pierre Pluye International Mixed Methods Thesis and Dissertations Awards in Family Medicine.” These awards are aimed to distinguish the work of promising new researchers committed to the advancement of science in family medicine education research around the world. Students are now welcomed to apply to these awards.