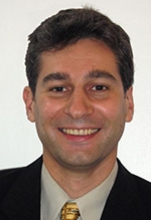 Research led by Prof François Barthelat in the Department of Mechanical Engineering earned a spot on Quebec's list of top 10 scientific discoveries in 2014. Inspired by natural structures like seashells, Barthelat and his team developed a technique to strengthen glass. They were able to make glass 200 times more resistant to breakage by engraving micro-cracks in wavy configurations on its surface. The pattern of micro-cracks guided larger cracks and absorbed impact energy.