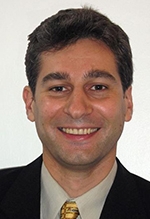 Research led by Prof François Barthelat in the Department of Mechanical Engineering earned a spot on Quebec's list of top 10 scientific discoveries in 2014. Inspired by natural structures like seashells, Barthelat and his team developed a technique to strengthen glass. They were able to make glass 200 times more resistant to breakage by engraving micro-cracks in wavy configurations on its surface. The pattern of micro-cracks guided larger cracks and absorbed impact energy. “We chose to work with glass because we wanted to work with the archetypal brittle material, but we plan to go on to work with ceramics and polymers in future," Barthelat said.