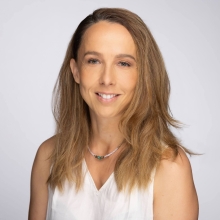 Cell biology, biochemistry, and structural biology of microtubules and their associated proteins.

Our lab studies the cytoskeleton, specifically microtubules, which play major roles in all cells and i.e. form the mitotic spindle and serve as the backbone of neurons.

Microtubules have to be very stable and very dynamic at the same time and constantly be replenished. To make microtubules, help them grow, stabilize them and ultimately break them apart, cells use an army of proteins, called MAPs (microtubule-associated proteins).

We will uncover how known as well as new MAPs influence microtubule dynamics and how these proteins are involved in human diseases, for example cancer and neurodegenerative disorders.

To study microtubules and MAPs, we use a variety of techniques from in vitro microscopy assays (single molecule TIRF), to in vivo cell manipulation (genome editing) and imaging as well as cryo-electron microscopy to study the structure of these proteins.