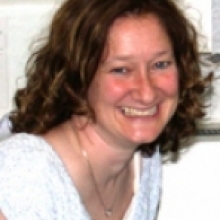 Signaling pathways mediated by the Rho family of GTPases.

The Lamarche-Vane lab investigates the role of small Rho GTPases in molecular mechanisms underlying cell migration and adhesion, in the context of neurobiology, development, and cancer. Rho proteins are crucial during many cytoskeletal-dependent cellular processes such as cell migration and adhesion, morphogenesis, cell cycle progression, gene expression, and apoptosis. Each of these cellular functions plays an active role during development and progression of cancer. One line of research in the lab investigates the molecular mechanisms underlying the effects of Rho GTPases regulated by the axon guidance cue netrin-1 leading to a coordinated and directed response of growth cone navigation. The work has and will continue to provide new insights into the molecular mechanisms of axon guidance and will also impact directly on the understanding of the pathology of mental retardation, neurodegenerative diseases, spinal cord injuries, and brain tumors. Regulators of Rho GTPases are critical for normal cellular responses and are targets for subversion during oncogenic transformation. The Lamarche-Vane lab has recently identified a Rac1/Cdc42 regulator CdGAP as a promoter of breast tumorigenesis and metastasis. The lab has also contributed to the identification of gain-of function mutations in the CdGAP gene linked to a human developmental disorder, the Adams-Oliver syndrome. This provided the basis for the second thrust in the lab to study the role of CdGAP in cancer metastasis and developmental disease in the context of TGFβ signaling. The Lamarche-Vane lab employs a vital methodological approach using cell biological, biochemical and in vivo experimental approaches.