We want to hear from you!

The design of new technologies that shift U.S. power consumption away from fossil fuels toward sustainable alternatives must take into account the nation's large-scale need for stored chemical fuels. Photoelectrocatalytic CO2 reduction is one such technology, since it facilitates a process whereby solar energy is used to reduce CO2, a combustion product, into chemical fuels that are compatible with the existing U.S. energy infrastructure.

We report here on experimental studies of well-defined surfaces to investigate the role of the electrode surface in pyridine-catalyzed CO2 reduction, which is reported to be associated with high yields for methanol and formic acid. Ambient pressure photoelectron spectroscopy (APPES) was used to spectroscopically identify in situ surface-bound species formed by the interaction of water on GaP(110), the most stable surface of GaP, at pressures up to 1 Torr. The data show that the interaction with water is characterized by the presence of a partially dissociated adlayer, with Ga-OH, P-H, and adsorbed molecular H2O species detected on the surface. This is consistent with previously published theoretical work that predicts the presence of this layer. In addition, we used isobaric APPES measurements at elevated pressures to probe the thermal stabilities of adsorbed species as well as the oxidation of surface Ga and P. We observe the surface hydride to be remarkably stable in the presence of water, which is notable given the critical role of hydride transfer to catalysts and CO2 during chemical fuel synthesis reactions in aqueous environments. It is hypothesized that the high observed stability of the hydride on GaP may contribute to its associated remarkable near-100% faradaic efficiency for methanol generation by solar-driven CO2 reduction. We have also obtained orbital-resolved information on the adsorption state of pyridine (C5H5N) on GaP(110) using scanning tunneling microscopy (STM). By examining the distribution of unoccupied molecular orbitals with high spatial and energetic resolution, we showed that scanning probe techniques can be used to positively identify the sites on pyridine susceptible to nucleophilic attack, consistent with frontier orbital theory. This technique can be used to explore the local reaction centers of adsorbed catalysts relevant to artificial photosynthesis. Our observations of the stable adsorption of both H and pyridine on this surface is notable, because it characterizes the proposed precursor state for the formation of adsorbed dihydropyridine, which could be a key hydride-shuttling catalyst for heterogeneous CO2 reduction. 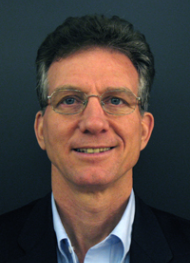 Dr. Koel is a Professor of Chemical and Biological Engineering at Princeton University, and Associated Faculty member in Chemistry, Mechanical and Aerospace Engineering (MAE), Princeton Institute for the Science and Technology of Materials (PRISM), and the Andlinger Center for Energy and the Environment (ACEE), and a National Spherical Torus Experiment Upgrade (NSTX-U) Collaborator at the Princeton Plasma Physics Laboratory (PPPL). He is the author of 300 papers, including 10 book chapters, and holds one patent. He is a Fellow of AAAS, APS and the AVS. He initiated the Chemical Reactions at Surfaces Gordon Research Conference in 1991, and he received the George A. Olah Award in Hydrocarbon or Petroleum Chemistry from the ACS in 2007. He has an honorary professorship at Tongji University in China. Prof. Koel received his Ph.D. in Chemistry from The University of Texas at Austin in 1981. He was a Miller Fellow at the University of California at Berkeley, and has held faculty positions at the University of Colorado Boulder, the University of Southern California, and Lehigh University.
Related Links:
Bruce Koel research group
Bruce Koel faculty profile
Last updated: 06/16/2017 - 15:45
Back to top
McGill University
Copyright © 2022 McGill University
Accessibility Log in