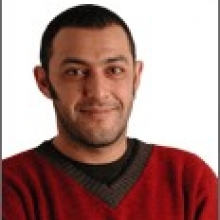 Professor Nader is interested in understanding what are the neurobiological processes involved in acquiring and storing motional memories, with specific emphasis on fear. One of the main thrusts of the lab is the study of memory reconsolidation. When a memory is retrieved, it is transformed into a vulnerable state in which it can be lost, changed or strengthened depending on the experimental manipulation. He asks questions at the behavioral, physiological and molecular levels of analysis. In addition, he is performing research testing various motivational theories of goal directed behavior.