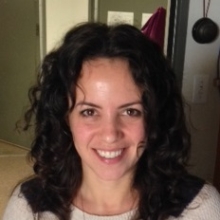 My research focuses on identifying biological pathways that give rise to disordered emotional experience. This involves using multiple methodologies, most often event-related potentials (ERPs) to examine the activity of neural systems devoted to processing errors, emotional stimuli, and rewards, and working to establish reliable links between the function of these systems and behavior in healthy populations. With this basic research as a foundation, I seek to identify multiple abnormalities in these systems that characterize emotional dysfunction in a range of mood and anxiety (i.e., internalizing) disorders. In particular, I am interested in patterns of neural response that respect diagnostic boundaries between anxiety and unipolar mood disorders, and those which reflect more general liabilities that cut across disorders. However, it is not clear whether abnormalities in these systems contribute to the initial occurrence of an illness or emerge following onset. My recent efforts aim to establish whether these biological correlates of anxiety and depression represent stable vulnerability factors, or whether variation is instead linked to fluctuations in symptom severity.

Sandre, A. †, Ethridge, P. †, Kim, I. †, & Weinberg, A.  (2018) Childhood maltreatment is associated with increased neural response to ambiguous threatening expressions in adulthood: Evidence from the Late Positive Potential. Cognitive Affective and Behavioral Neuroscience, 18, 143- 154.

Weinberg, A., Perlman, G., Kotov, R., & Hajcak, G., (2016) Depression and neural response to emotional images: Distinction from anxiety, and importance of subdimensions and age of onset. Journal of Abnormal Psychology, 125, 26-32.