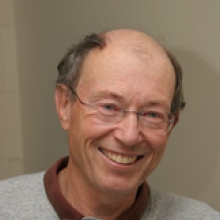 Prof. A. G. Baker studies the mechanisms by which humans estimate the covariance between events and make causality judgments. Analogous experiments use classical and operant conditioning paradigms to clarify the mechanisms by which animals are sensitive to correlations between events. Prof. Baker is also interested in the relationship between impulsive behaviour and cognition in normal humans and those with impulsive disorders such as psychopathy and hyperactivity.