McGill graduate and lifelong champion of the University has distinguished himself in entrepreneurship and philanthropy in education, climate change, and health 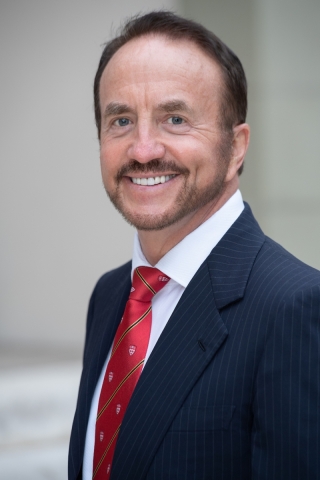 The Board of Governors of McGill University approved the nomination of John McCall MacBain, as the 20th Chancellor of McGill University. Mr. McCall MacBain has been appointed for a three-year term, beginning July 1, 2021. He will succeed Chancellor Michael A. Meighen, whose current term will end on June 30, 2021. His nomination stems from a rigorous process that was launched earlier this fall by the Nominating, Governance and Ethics Committee, and the Recruitment and Succession Planning Sub-committee.

Originally from Niagara Falls, Ontario, John McCall MacBain attended McGill University on scholarship to study Economics, graduating with an Honours Bachelor of Arts degree in 1980. During his time at McGill, he was deeply involved in student life, including serving as President of the Students Society. In his final year he was named Valedictorian. Mr. McCall MacBain subsequently obtained a law degree from the University of Oxford as a Rhodes Scholar, followed by an MBA from Harvard Business School. Starting with the acquisition in 1987 of classified publications in the Province of Quebec, Mr. McCall MacBain launched a successful entrepreneurial career as founder and controlling shareholder of Trader Classified Media which he sold in 2006. In 2007, he and his spouse Marcy McCall MacBain established the McCall MacBain Foundation to support initiatives in education and scholarships, climate change and the environment, and health and wellness.

In addition to serving as Chair of the McCall MacBain Foundation, Mr. McCall MacBain is active in many philanthropic and volunteer activities, including as a Trustee of the Mandela Rhodes Foundation in Cape Town. He is a Trustee Emeritus and Second Century Founder of the Rhodes Trust in Oxford, a Foundation Fellow of Wadham College Oxford and is the Founding Chair of the European Climate Foundation. He has continued to contribute his time to McGill, serving on the Principal’s International Advisory Board and Honorary Chair of Made by McGill: the Campaign for Our Third Century.

For his achievements as a business leader and for his philanthropic contributions to academic institutions, Mr. McCall MacBain was appointed as an Officer of the Order of Canada in 2016. He is also the recipient of several honorary degrees including an honorary doctorate from McGill.

“John is not only among McGill’s most outstanding alumni, but his dedication to the University is exceptional,” says Ram Panda, Chair of McGill’s Board of Governors. “A long time champion for McGill, he is a prominent figure at University events.”

“I am incredibly honoured to be called upon to serve as McGill’s Chancellor for the next three years,” said Mr. McCall MacBain. “The lessons I learned at McGill as an undergraduate student have stayed with me throughout my life. I’m grateful to be able to serve McGill and its community. McGill is an institution where students from all backgrounds can nurture their talent and realize their aspirations.”

“I warmly welcome John McCall MacBain to this new chapter in his enduring relationship with McGill,” adds Suzanne Fortier, Principal and Vice-Chancellor. “I am deeply appreciative of his exemplary engagement and contributions to McGill, from the time he was a student, to becoming a founding member of the Principal’s International Advisory Board, which he has chaired since 2016. His loyalty to his alma mater most recently resulted in the establishment of McCall MacBain Scholarships which were inaugurated at McGill in February 2019. John has always been passionate and tirelessly devoted to helping provide access to higher education for promising and talented young people with entrepreneurial spirit, who will become tomorrow’s leaders and contribute to making the world a better place for all.”

“I will pass the torch to a very committed and exceptional McGillian, to whom I offer my best wishes for success from one Chancellor to the future Chancellor of McGill, John McCall MacBain,” said Chancellor Michael Meighen.

The Chancellor is the titular head of McGill University and an ex officio member of the Board of Governors. The Chancellor's duties include presiding over Convocation and representing the University at official functions.

"As we welcome John McCall MacBain as our next Chancellor, I would like to express, on behalf of the McGill community, our deep appreciation and profound gratitude for Michael Meighen’s outstanding service as Chancellor since 2014," said Principal Suzanne Fortier.

About McGill University
Founded in Montreal, Quebec, in 1821, McGill is a leading Canadian post-secondary institution. It has two campuses, 11 faculties, 13 professional schools, 300 programs of study and over 40,000 students, including more than 10,200 graduate students. McGill attracts students from over 150 countries around the world, its 12,800 international students making up 31% per cent of the student body. Over half of McGill students claim a first language other than English, including approximately 19% of our students who say French is their mother tongue.
www.mcgill.ca