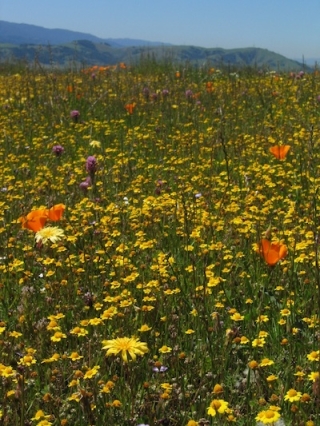 Loss of biodiversity appears to impact ecosystems as much as climate change, pollution and other major forms of environmental stress, according to a recent study by a team of researchers based at nine institutions in Canada, the United States and Sweden. Their study, published in the journal Nature today, is the first comprehensive effort to directly compare the impacts of biological diversity loss to the anticipated effects of a host of other human-caused environmental changes. It highlights the need for stronger local, national and international efforts to protect biodiversity and the benefits it provides.

“Some people have assumed that the effects of biodiversity loss are relatively minor compared to that of other environmental stressors,” said lead author biologist David Hooper of Western Washington University. “Our new results show that future loss of species has the potential to affect plant production just as much as global warming and pollution.”

Hooper and his colleagues combined data from a large number of published studies to compare how various global environmental stressors affect two processes fundamental to all ecosystems: plant growth and decomposition. They evaluated almost all experiments that have mimicked extinction by changing species richness and examined the impact on the ecosystem.

“Our results show that species extinction can have major impacts on the ecosystems upon which we all depend,” said McGill University ecologist Andrew Gonzalez, co-author. “We have shown that biodiversity loss matters, and that it will rank as one of the most important forms of global change for the 21st century.”

Until now, it’s been unclear how biodiversity losses stack up against other human-caused environmental changes that affect ecosystem health and productivity. But the strength of the observed effects of species extinction suggests that policymakers searching for solutions to other pressing environmental problems should also be aware of the potential adverse effects of biodiversity loss.

The research was funded by the National Science Foundation’s Division of Environmental Biology (U.S.) and the National Center for Ecological Analysis and Synthesis (U.S.).