Childhood trauma has life-long effect on genes and the brain 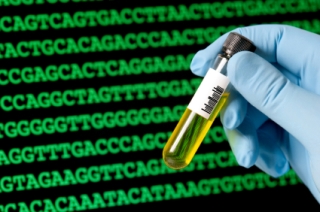 McGill University and Douglas Institute scientists have discovered that childhood trauma can actually alter your DNA and shape the way your genes work. This confirms in humans earlier findings in rats, that maternal care plays a significant role in influencing the genes that control our stress response.

This research builds upon findings published last May that showed how child abuse can leave epigenetic marks on DNA.

But, in this, the first study of its kind, Moshe Szyf, a professor in the Department of Pharmacology and Therapeutics; Gustavo Turecki, associate professor in the Department of Psychiatry who practices at the Douglas Mental Health University Institute; Michael Meaney, a professor in the Departments of Psychiatry and Neurology and Neurosurgery, who is also at the Douglas; and McGill postdoctoral research fellow Patrick McGowan have built on their world-renowned epigenetics work to uncover how parental care affects the DNA in the brains of a group of Quebec male suicide victims who suffered abuse as children. The all-McGill study is set to be published in the February 22, issue of the journal Nature Neuroscience.

“We know from clinical experience that a difficult childhood can have an impact on the course of a person’s life”, said Dr. Turecki.

“Now we are starting to understand the biological implications of such psychological abuse,” added Dr. Szyf.

“The function of our DNA is not as fixed as previously believed, said Dr. Meaney. “The interaction between the environment and the DNA plays a crucial role in determining our resistance to stress thus the risk for suicide. Epigenetic marks are the product of this interaction.”

Epigenetics is the study of changes in the function of genes that don’t involve changes in the sequences of DNA. The DNA is inherited from our parents; it remains fixed throughout life and is identical in every part of the body. During gestation and even later in development, however, the genes in our DNA are marked by a chemical coating called DNA methylation. These marks are somewhat sensitive to one’s environment, especially early in life. The epigenetic marks punctuate the DNA and program it to express the right genes at the appropriate time and place.

The researchers discovered that maternal care influences hypothalamic-pituitary-adrenal (HPA) function in the rat through epigenetic programming of certain receptors in the brain. In humans, child abuse alters HPA stress responses and increases the risk for suicide.

In previous studies in laboratory rats, the group proved that simple maternal behaviour such as mothers who licked their pups during early childhood has a profound effect on the epigenetic marks on specific genes and effects on behaviour in ways that are sustained throughout life. However, these effects on gene expression and stress responses can also be reversed in adult life through treatments known to affect the epigenetic mark known as DNA methylation.

The brain samples in the latest study came from the Quebec Suicide Brain Bank, administered by Dr. Turecki of the Douglas Mental Health University Institute. With the support of the Bureau du Coroner du Québec (Office of the Chief Medical Examiner), the McGill Group for Suicide Studies (MGSS) founded the Quebec Suicide Brain Bank (QSBB) at the Douglas Mental Health University Institute, to promote studies on the phenomenon of suicide. Research carried out on brain tissue can help develop intervention and prevention programs to help people suffering mental distress and who are at risk of committing suicide.

The research was funded by the Canadian Institutes for Health Research and the National Institute of Child Health and Development (USA).