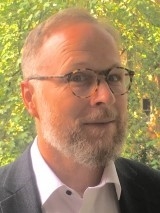 Jarrett loved Montreal, where he lived and worked as an Associate Professor in McGill University’s Department of History and Classical Studies. His passion for history inspired and attracted undergraduate and graduate students from far and wide. He was in the early 2000’s, the Director of McGill’s Quebec Studies Program. He also was co-editor of the McGill-Queen’s University Press series, Studies on the History of Quebec; a Distinguished Scholar-in-Residence in Canadian Studies at SUNY-Plattsburgh since he was awarded the Fulbright Distinguished Chair in Quebec Studies; since he was awarded the Fullbright Distinguished Chair in Quebec Studies; and President of the James McGill Society.

He authored the acclaimed book, The Freedom to Smoke: Tobacco Consumption and Identity (McGill-Queen’s University Press, 2005), co-edited the anthology, Quebec Questions. Quebec Studies for the Twenty-first Century (2nd edition, Oxford University Press, 2016), and won the 2012 Canadian Historical Review Prize for his article, “Do you have the time? Modernity, Democracy, and the Beginnings of Daylight Saving Time in Montreal, 1907–1928”.

As an expert witness in a successful $17 billion, class-action lawsuit in 2015 for damages against 4 multinational tobacco companies, Jarrett directed a historical research team and went on to pioneer a related course on the history of tobacco at McGill University.

His most recent manuscript, a cultural materialist history of the standardization of time in nineteenth- and twentieth-century Quebec, remains a work in progress.

Jarrett was a renowned cultural historian of Montreal, Quebec and Canada, and a key member of the Montreal History Group (a pan-Canadian feminist, socialist research collective).

His sense of humour, enthusiasm and knack for fostering friendly consensus made him an ideal colleague. In his public activism, professional research and teaching, he strove to bridge cultural, linguistic and regional differences, promoting decolonization and reconciliation, anti-racist, feminist and labour analyses, social justice and community building. Jarrett was devotedly loved by friends, students and colleagues, the world over. Proud of his roots in Tavistock, Ontario, he actively supported the preservation of its local history throughout his life.

A memorial will be held when it is safe to do so. Donations may be sent to the Tavistock and District Historical Society,www.tavistockhistory.ca, the Centre for Research-Action on Race Relations www.crarr.org or Doctors without Borders www.doctorswithoutborders.ca