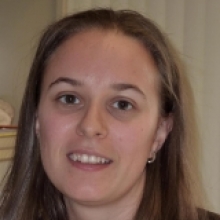 Hepatitis C virus, Dengue and Zika viruses represent a significant threat to global health. As positive-sense RNA viruses, their viral genomes must serve as templates for translation, replication and packaging. However, how viruses coordinate and regulate these activities remains a mystery. In my laboratory, we study RNA-RNA and protein-RNA interactions important to the life cycles of these viruses. We aim to understand: Which regions of the genome mediate these events? How are these events regulated? What host/viral factors are involved? How can we interfere with these processes? What can this teach us about cellular RNA regulation? This research will further our understanding of viral RNA accumulation, regulation, and protein-RNA interactions, and may provide new avenues for antiviral intervention for these important human pathogens.

Viruses have been demonstrated to alter the expression of human microRNAs, cause specific degradation of microRNAs, and even encode their own, virally-derived microRNAs. These can all aid in maintaining viral latency, evasion of immune responses, and ultimately can dictate the outcomes of viral infections. Conversely, human microRNAs can alter the immune system and directly regulate responses to viral infections. Numerous broadly antiviral microRNAs have now been identified; however, their targets and roles in viral infections remain mysterious. What are the target genes of these microRNAs? How do they influence the viral life cycle? What is their role in modulating the immune response and disease pathogenesis? Can they be targeted for antiviral therapy? The answers to these questions will provide a broader understanding of the role of microRNAs in viral infections, immune responses, and disease pathogenesis.

Hepatitis C virus (HCV) is a global health problem, affecting approximately 3% of the world population, including more than 268,000 Canadians. MicroRNA-122 (miR-122) is a highly abundant liver-specific microRNA that was demonstrated to have a genetic interaction with two sites within the 5’ untranslated region of the HCV genome. This is an unusual microRNA interaction as it promotes viral RNA accumulation both in cell culture and in vivo. Recent work suggests that miR-122 has at least three roles in the HCV life cycle: 1) it acts as an RNA chaperone to repress an alternative secondary structure and allows the viral internal ribosomal entry site (IRES) to form; 2) it stabilizes the viral RNA from pyrophosphatases and subsequent exoribonuclease-mediated decay; and 3) it promotes HCV translation. We are currently using novel pull-down and RNA analysis strategies to analyze miR-122 complexes in HCV-infected cells, to determine the host and viral factors involved in, and the mechanism of, this unusual microRNA-target RNA interaction. These studies will help to identify novel host-virus interactions, and will define new targets for therapeutic intervention.

The viral RNA genome of positive-sense RNA viruses is highly complex, as it must serve as a template for translation, replication, as well as packaging of the viral genome. As such, viral RNAs must be dynamic structures associated with numerous host and viral RNA-binding proteins. Using structural probing strategies, including Selective 2' Hydroxyl Acylation analyzed by Primer Extension (SHAPE), we are currently analyzing viral RNA structure, in vitro and in vivo in numerous contexts. Combined with pull-down strategies we hope to learn more about RNA binding proteins and RNA structures important for viral RNA translation, replication and packaging.

Zika virus (ZIKV) is an emerging mosquito-borne pathogen of tremendous public health concern. The World Health Organization estimates that as many as 2.2 billion people are at risk of ZIKV infection. Currently, there are no vaccines or antiviral therapies to treat ZIKV infection and our understanding of the virus and its pathogenesis is limited. Although historically a benign infectious agent, recent introduction of ZIKV to the Western Hemisphere resulted in an explosive epidemic in South America associated with novel pathogenicity, including Guillain-Barré syndrome and fetal microcephaly. While genomic analyses have revealed that ZIKV has undergone evolution since its discovery, little is known regarding the impact of these polymorphisms on ZIKV pathogenesis. As such, we hypothesized that the contemporary strain(s) of ZIKV have evolved ways to increase viral fitness, counter the host immune response, and promote fetal pathogenesis. To investigate this, we performed comparative analyses of several ZIKV isolates in cell culture to identify phenotypic differences between historical and contemporary isolates. Subsequently, we have generated several chimeric viruses and we are using these to identify the region(s) of the viral genome responsible for phenotypic differences in viral RNA accumulation, particle production and evasion of host innate immune responses in both human and mosquito cells. In addition, together with Dr. Martin Richer (McGill University) we have developed an immunocompetent mouse model of infection. Our lab is using comparative analyses, chimeric viruses, and site-directed mutagenesis to determine the impact of viral evolution on ZIKV fitness, infectivity, replication, and pathogenesis. Our preliminary data also indicates that ZIKV is able to induce a robust immune response in our immunocompetent mouse model and we are characterizing the immune response to infection with both the African and Asian lineage isolates. Together, these new tools will allow us to directly address the impact of viral polymorphisms, and will elucidate host and viral determinants of ZIKV fitness and pathogenesis.