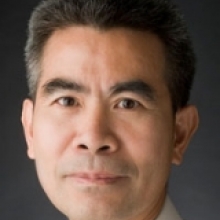 Molecular mechanism in the regulation of innate immunity and the impact of viral infection on host transcription control, viral pathogenesis and oncogenesis.

My laboratory focus on the molecular understanding of the positive and negative regulation of antiviral immunity and to manipulate the innate immune response as a therapeutic strategy to control virus infection and cancer. Virus infection is controlled in large part by the host antiviral immune response. In the past decade, our research, as well as the work of many others, has identified key elements of the immune system that sense and respond to incoming viruses. Currently, our research will focus on two major themes:

The innate immune response plays a critical role in limiting viral infection and pathogenesis. The research driven in my laboratory provided major concepts to new paradigms of the innate immune response. The objective of our research program is to characterize the positive and negative regulation of antiviral response, determine the impact of virus-host cell interactions on the initiation and regulation of innate immune signaling, and develop novel strategies to control and prevent virus infection. Our current research focuses on three major themes:

1. Manipulating the RIG-I signaling pathway to inhibit viral pathogens. We have developed novel RNA structures that activate the cytosolic RNA sensor RIG-I, trigger a robust antiviral response and protect against a broad range of human pathogens. In the upcoming years, we aim to further determine the potential of RIG-I agonists as a therapeutic agent to treat or prevent human pathogenic virus infection and determine its ability to function as an adjuvant for vaccine. Ebola viruses are highly contagious human pathogens that cause severe disease characterized by hemorrhage, multi-organ failure, and death in up to 90% of untreated human cases. There are currently no licensed antiviral drugs against Ebola virus. Therefore, the development of antiviral agents and novel vaccination strategies is an important therapeutic goal. Our recent work demonstrated that the RIG-I agonist molecules we have designed in-house have potent antiviral activity against a range of RNA and DNA viruses in vitro including Ebola virus and confer protection against Influenza H1N1, H5N1 and Chikungunya virus infection in vivo in the murine model. It is our hypothesis that RIG-I agonist specifically triggers the innate immune system to provide a broad and robust protective effect against highly pathogenic Ebola virus infection and is effective as an adjuvant to potentiate the immunogenicity of viral proteins. In collaboration with Dr. Xiangguo Qui (National Microbiology Laboratory), we seek to investigate the potential of 5’pppRNA as a prophylactic and therapeutic antiviral agent against Ebola virus and the mechanisms responsible for the observed protective effect. Our specific aims are to:

i) Target RIG-I signaling using 5’pppRNA to inhibit Ebola infectivity and pathogenicity. The effect of 5’pppRNA on Ebola virus infection/replication will be examined in vitro in human cell lines and primary human leukocytes, as well as in vivo in a murine model. Biochemical and molecular techniques (flow cytometry, Western blot, qPCR, microarray, ELISA, cytokine multiplex, shRNA knockdown, virus titration) will be used to investigate the activation of downstream antiviral signaling by RIG-I agonists and consequent inhibition of Ebola infectivity. In addition, the mechanisms of protection of 5’pppRNA against Ebola will be examined in vivo using techniques including virus titration and PCR quantification of viral RNA, histopathological analysis, microarray analysis, cytokine multiplex assay, flow cytometry and the used of specific knockout mouse models.

ii) Demonstrate the efficacy of 5’pppRNA as an adjuvant for Ebola vaccine. 5’pppRNA mimics viral infection by binding to the same recognition receptor as viruses; it consequently triggers an immune response analogous to natural viral infection. Therefore, 5’pppRNA could be an excellent candidate for vaccine adjuvant. The adjuvant potential of 5’pppRNA will be evaluated in vivo in combination with Ebola viral like particles (VLP). The immune response will be evaluated in-depth, from the innate immune phase of antigen recognition and priming, to the adaptive primary and recall immune response. Cellular infiltration, activation level, cytokine environment, humoral and cellular response will be measured to characterize the magnitude of the immunity provided by RIG-I agonist/VLP vaccine administration.

We will also determine the ability of 5’pppRNA to inhibit other human pathogenic viruses such as ZIKA virus.

2. Characterizing the mechanisms of TRAF7 in the negative regulation of antiviral response. While innate immune activation is clearly an important research topic, so is the negative regulation that controls it. One of the complementary research in my lab is to characterize regulatory pathways that limit the antiviral response. The tumor necrosis factor receptor-associated factor (TRAF) protein family members are cytoplasmic regulatory molecules that function as signal transducers for receptors in both innate and adaptive immune responses. TRAF7 belongs to the TRAF protein family and processes E3 ubiquitin ligase activity. Given that the role of TRAF7 in the regulation of type I IFN has never been investigated; and that TRAF7 has been reported to negatively regulate the NF-kB pathway, we hypothesize that TRAF7 could be involved in type I IFN signaling. Our preliminary data additionally indicate that TRAF7 acts as a negative regulator of the IRF3-mediated antiviral response. Mechanistically, TRAF7 interacts with the kinase TBK1, which leads to its ubiquitination and degradation. We seek to dissect the molecular mechanisms underlying TRAF7-mediated inhibition of the antiviral immune response. The physiological role of TRAF7 in the control of pathogenic viral infections will be evaluated in vitro using CRISPR/Cas deletion in different cell lines, and in vivo in TRAF7 deficient mice.

3. Investigate the potential of Nrf2 modulators as antiviral and anticancer therapeutics. The goal of this project is to investigate the molecular mechanism of Nrf2 signaling in the regulation of viral pathogenesis and innate immunity in order to obtain novel therapeutic strategies to control virus infection and cancer. NFE2-related factor 2 (NRF2) is an anti-oxidative transcription factor negatively regulated by Keap1 and known to control redox homeostasis. Previously, we demonstrated that: 1) vesicular stomatitis virus (VSV) infection is dramatically decreased in Nrf2-/- MEFs while increased in Keap1-/- MEFs; 2) Nrf2 inhibitor brusatol blocks VSV and herpes simplex virus 1 (HSV-1) infection; and 3) sulforaphane (SFN), an Nrf2 inducer, inhibits the antiviral response, and potentiates VSV-mediated oncolysis. We hypothesize that inhibiting Nrf2 provides a protective effect against virus infection and that the combination of VSV and Nrf2 activation renders cancer cells vulnerable to VSV oncolysis. Our objectives are:

i) To investigate the role and mechanisms of Nrf2 signaling in inhibiting the innate immune response during viral infection. We will determine the mechanisms and physiological role of Nrf2 and Keap1 during immune activation and viral infection in cells and mice lacking these critical regulators. This project will exploit the role of Nrf2 in the regulation of innate antiviral response. The mechanistic discoveries gained here will lead to the advancement of health-related knowledge for the development of new therapies against virus infection.

ii) To determine the protective effect of brusatol against neuropathic VSV and HSV-1 infections. Brusatol was demonstrated to inhibit the Nrf2 pathway through enhancing ubiquitination and degradation of Nrf2.  Our preliminary data demonstrate that brusatol strongly inhibits VSV and HSV-1 at low nM range. We hypothesize that the protective effects of brusatol on VSV and HSV-1 is dependent on the Nrf2/Keap1 axis. We seek to dissect the molecular mechanisms underlying brusatol-mediated antiviral activity and evaluate the role of brusatol in the control of neuropathic viral infections.