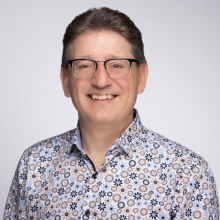 Our laboratory, located at the Duff Medical Building (room 617), offers the opportunity to acquire a solid knowledge of the principles and techniques of molecular biology, genetics and bacteriology, in a dynamic and stimulating environment. Through the diversity of our research projects, members of our laboratory widen their knowledge and expertise on a great variety of subjects.

The main topic of study of our laboratory is on the 'Mechanisms and applications of group II intron mobility; Evolution of mobile group II introns; Lactococcus lactis live vaccines'. Group II introns are ribozymes. They splice autocatalytically from their pre-mRNA transcript by two consecutive transesterification reactions. This process is identical to the splicing of nuclear introns and functions to ligate the flanking exons and release the intron in the form of a lariat. Some group II introns contain open reading frames (ORFs) and are also mobile retroelements. Group II introns are found in bacteria, archaea and bacterial-derived organelles. Very little sequence similarity is observed amongst group II introns; however, their secondary structure is highly conserved. It consists of six domains (DI-DVI) that radiate from a central hub (Belfort et al., 2001).

By means of a wide variety of molecular biology and genetic techniques, we study various functional and evolutionary aspects of group II introns. We use the Lactococcus lactis Ll.LtrB group II intron as a model system. Ll.LtrB was the first bacterial group II intron shown to splice and mobilize in vivo. Ll.LtrB harbors a 599 amino acid ORF called LtrA in domain IV. This multifunctional intron-encoded protein has reverse transcriptase, maturase and endonuclease activities and is essential for Ll.LtrB mobility by retrohoming (Cousineau et al., 1998). Following translation, LtrA binds specifically to the Ll.LtrB intron as a dimer within the pre-mRNA. Through its maturase function, LtrA promotes self-splicing of Ll.LtrB and concurrent ligation of the flanking exons. After Ll.LtrB splicing, the LtrA dimer remains associated with the excised intron lariat as a ribonucleoprotein particle (RNP; intron RNA lariat+two LtrA proteins). Upon RNP recognition of the homing site, mainly through base-pairing interactions, the intron RNA reverse splices into the sense strand of its double-stranded DNA target. Then, the antisense strand is nicked 9 nt downstream from the intron insertion site by the endonuclease domain of LtrA. Next, using the free 3' OH generated by the endonuclease cleavage as a primer, LtrA generates a cDNA copy of the intron RNA by a process termed target-primed reverse transcription (TPRT). The final steps of the Ll.LtrB retrohoming pathway are independent of the RecA-dependent homologous recombination pathway (Cousineau et al., 1998). This intron can also invade sites other than its homing site through a process called retrotransposition (Cousineau et al., 2000; Ichiyanagi et al., 2002).

The Ll.LtrB group II intron as a gene delivery vector. We reported that the mobility efficiency of Ll.LtrB expressing LtrA in trans is only slightly affected by the insertion of fragments <100 nucleotides within the intron. In contrast, Ll.LtrB mobility efficiency is drastically decreased by the insertion of foreign sequences >1 kb. We demonstrated that the inhibitory effect caused by the addition of expression cassettes on Ll.LtrB mobility efficiency is unrelated to the sequence, the expression, or the toxicity of the cargo genes. We used powerful Tn5 transposon-based genetic screens to find the optimal region to insert foreign sequences within Ll.LtrB. These results revealed the potential of using the Ll.LtrB group II intron as a gene delivery vector and validated the random insertion approach described in this study to create cargo-containing Ll.LtrB variants that are mobile (Plante and Cousineau, 2006).

A model system to study trans-splicing of group II introns. In organelles, some fragmented group II introns are capable of undergoing splicing in trans, thereby ligating exons expressed on separate transcripts. Evidence of trans-splicing supports the theory that the spliceosomal small nuclear RNAs (snRNAs) arose from group II intron fragmentation. We developed a model system to investigate group II intron trans-splicing based on the lactococcal intron, Ll.LtrB. Relaxase is an enzyme that recognizes the origin of transfer (oriT) and initiates the intercellular transfer of its conjugative element. The splicing efficiency of Ll.LtrB from the relaxase transcript thus controls the conjugation level of its host element. We used the level of sex factor conjugation as a read-out for Ll.LtrB splicing efficiency. Using this highly sensitive splicing/conjugation assay (10,000,000-fold detection range), we demonstrated that Ll.LtrB can trans-splice in L. lactis when fragmented at various positions. For example at three different locations within domain IV, within domain I, and within domain III. We also demonstrated that the intron-encoded protein, LtrA, is absolutely required for Ll.LtrB trans-splicing. The splicing/conjugation assay we developed constitutes the first model system to study trans-splicing of group II introns in vivo (Belhocine et al., 2007b) (Belhocine et al., 2008).

Lactococcus lactis live vaccines, an innovative vaccination approach. Traditionally, live attenuated vaccines or live vaccine carriers are derived from attenuated pathogenic microorganisms. This type of vaccination strategy is not completely safe and can cause numerous side effects. Furthermore, these antigen carriers are highly immunogenic which may prevent their use for successive immunizations with the same or different antigens. Other common approaches such as protein or DNA vaccines are considered safer, but more labor intensive, thus more expensive to produce. The goal of this research initiative is to develop an innovative vaccination strategy using the Gram-positive bacterium Lactococcus lactis as the antigen carrier. L. lactis is a safe, non-pathogenic and non-colonizing lactic acid bacterium. Strains of L. lactis have a variety of properties that make them attractive candidates to be used as antigen carriers for vaccine development. This bacterium has been used for centuries in food processing and preservation. It is used extensively in the dairy industry (cheese, yogurt) and thus has a “food grade” status. For example, L. lactis is involved in producing more than 10,000,000 tons of cheese annually, which results in the human consumption of almost 10 exponent 18 lactococci. Moreover, this bacterium has been given Generally Recognized As Safe (GRAS) status by the American Food and Drug Administration. In addition to exhibiting low intrinsic immunogenicity, we demonstrated that L. lactis exhibits innate inflammatory effects, which indicate a capacity for adjuvanticity (Yam et al., 2008). These characteristics are important since they allow for successive immunizations without triggering deleterious inflammatory reactions. We are taking advantage of our new gene delivery vector (Ll.LtrB group II intron) discovered and developed within L. lactis to engineer bacterial strains that express the protective antigen(s) from their chromosome. These L. lactis live vaccines will therefore be extremely safe, “food grade” and biologically containable. Importantly, this vaccination approach is general and could be employed against any human pathogen.