Robert Leckey named Dean of the Faculty of Law 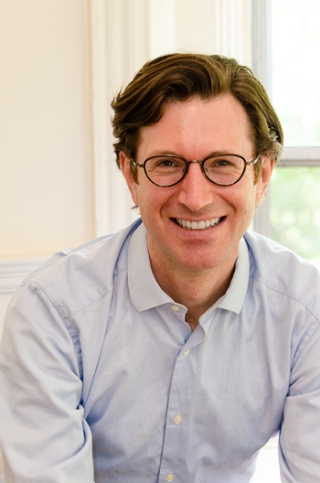 We are delighted to announce the appointment of Professor Robert Leckey as Dean of the Faculty of Law at McGill University, starting July 1, 2016.

Professor Leckey joined the Faculty of Law in 2006, and is currently a full professor and a William Dawson Scholar. He does research and teaches in the areas of constitutional law and family law, using a bilingual and transsystemic approach. He has received the McGill Law Students’ Association’s John W. Durnford Teaching Excellence Award (2009) and the Principal’s Prize for Excellence in Teaching (2010).

“I’m honoured to be named trustee of the Faculty of Law’s rich legacy of research, teaching, and service,” Professor Leckey said. “It’s an exciting moment for the Faculty as our program renewal secures our place at the forefront of legal education globally and our extraordinary scholars reach new heights.”

Robert Leckey has published extensively, including the monograph Bills of Rights in the Common Law (Cambridge University Press, 2015), and his research has been recognized with the Canada Prize of the International Academy of Comparative Law (2010) and the Prix de la Fondation du Barreau du Québec (2007). He is also a regular commentator on legal issues in newspaper op-eds, and through television and radio appearances.

A graduate of the University of Toronto (SJD’06), McGill (BCL/LLB’02), and Queen’s University (BAH’97), Professor Leckey has distinguished himself in a leadership capacity, both within McGill and across Canada. He is currently the director of the Paul-André Crépeau Centre for Private and Comparative Law as well as chair of the University Appeals Committee, and he chaired the McGill Equity Subcommittee on Queer People from 2008 to 2011.

Professor Leckey is the former board president (2011-2015) of Egale Canada, the national advocacy group for the rights of gay, lesbian, bisexual, and transgender people; he also served as the chair of the organization’s Legal Issues Committee (2011-2016). From 2010 to 2011, he served as director of research for Quebec’s Inquiry Commission on the Process for Appointing Judges.

“I’m humbled and thrilled to have this chance to work so closely with the Faculty of Law’s exceptional professors, staff, students, and alumni, as well as our broader communities,” Professor Leckey said.