Robert Leckey Reappointed as Dean of the Faculty of Law 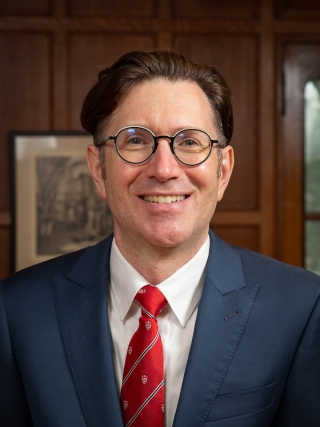 The Faculty of Law is delighted to announce that Samuel Gale Professor Robert Leckey, BCL/LLB’02, has been reappointed as dean. Dean Leckey’s reappointment, approved by the Board of Governors at its meeting on 10 December 2020, is effective 1 July 2021 for a term of five years.

Dean Leckey joined the Faculty of Law in 2006, where he teaches and researches in constitutional law, family law, and comparative law. From 2014 to 2016, he served as director of the Paul-André Crépeau Centre for Private and Comparative Law.

During his first mandate, Dean Leckey worked with the McGill Law community to restructure and reinvigorate alumni engagement, to extend the place of Indigenous legal traditions in the curriculum, to strengthen business law, and to expand student services related to wellness and career development. In 2018, he co-chaired the university’s Working Group on Principles of Commemoration and Renaming.

“Collaborating with this great law faculty’s professors, staff, students, and alumni while serving as its dean has been the privilege of a lifetime,” said Dean Robert Leckey. “I am humbled by Provost Manfredi and Principal Fortier’s confidence in me and look forward to continuing our collective work, inspiring legal leadership for global challenges.”