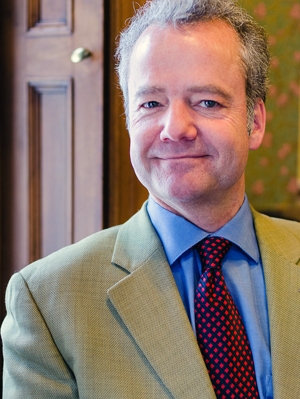 On March 18, 2014, the Arts Council of Canada announced the recipients of the 2014 Killam Fellowships. Among the five nominees is Professor Lionel Smith, director of the Paul-André Crépeau Centre for Private and Comparative Law and a James McGill Professor at the Faculty of Law of McGill University.

Professor Lionel Smith's Killam award will allow him to carry out a two-year full-time research project entitled Conflicts of Interest and Fiduciary Obligations. This legal field has expanded at a rapid pace, leading to difficulties and confusion both in private law and public policy.

As Smith explains, "the recent proliferation of rules and policies on conflicts of interest reflects an increasing concern about the importance of the disinterested exercise of judgment and power, in a wide range of circumstances. My research aims to explore the normative foundations of this concern. I aim to develop a rational legal framework to guide jurists of all legal traditions through the complex challenges of conflicts of interest.”

“This Fellowship will support Lionel’s world-class work on fiduciary obligations and conflicts of interest,” says Dean Daniel Jutras. “It identifies Lionel Smith as one of Canada’s top-tier scholars, a status that Lionel was able to achieve while showing deep commitment to his students, and unfailing generosity in Faculty governance. We are all most fortunate to benefit from his leadership and inspiration.”

"On behalf of the entire McGill community, I want to express my warmest congratulations to Professor Smith, and thank the Killam Foundation for recognizing his outstanding research. McGill is particularly proud of his global vision for the Paul-André Crépeau Centre for Private and Comparative Law,” said Dr. Rosie Goldstein (VP, Research & International Relations).