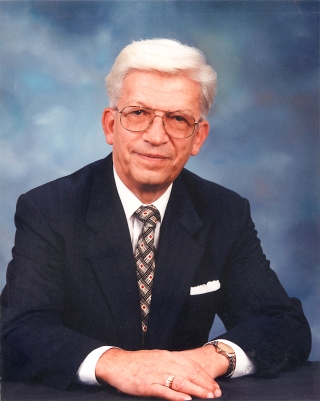 The Faculty of Law and the McGill Institute of Air and Space Law (IASL) learned with deep sadness of the passing of IASL Director Emeritus Professor Dr. Michael Milde, at age 87.

Prior to his academic career at McGill University, Professor Milde served in senior legal posts at the International Civil Aviation Organization (ICAO) for 25 years (1966-1991). There he oversaw the negotiation of a number of international conventions and protocols on aviation safety and security, the significance of which resonates to this day.

Professor Milde was named Director of the IASL in 1989 and held that position for over a decade. His continuous efforts to enhance the academic curriculum and to support a broad platform of research culminated in the award to the Institute in 1996 of the Edward Warner Award, ICAO’s highest honour. This award was bestowed in recognition of the Institute’s “unparalleled contributions to the development of international air law” and its “accomplishments in teaching, research and publication [….] as a center of excellence in the field.” A few years later, in acknowledging Professor Milde’s efforts to advance the study of air and space law from pedagogical and scholarly perspectives, the Board of Governors of McGill University conferred on him the title and status of Director Emeritus of the Institute.

Professor Milde was a motivating and inspiring educator, known among his students as an insightful, vigorous, and dedicated teacher of public and private international air law. He took particular delight in interacting with students, junior academics, and early-career professionals. He happily provided counseling and advice for those who might be considering a future in the field he loved so passionately. Even after his official retirement in 2006, Professor Milde continued to write regularly and to work as an independent legal consultant on the multiple issues confronting the aviation sector. An unflagging supporter of the Institute and its work, Professor Milde brought his familiar face and warm nature to many conferences and social gatherings held by the Institute after his retirement.

“Professor Milde, who hailed from the former Czechoslovakia like my own father, was a legend in the global aviation law community,” said IASL Director Professor Brian Havel. “His leadership of the IASL modeled the highest ideals of scholarship, teaching, and service. The Institute was incredibly fortunate that he came to our halls.”

“The Faculty of Law mourns the passing of Dr. Milde,” said Dean Robert Leckey. “On my travels around the world, people speak of the strong reputation of the IASL, to which he was an instrumental contributor.”

In fall 2018, the IASL will host a special memorial gathering to remember Professor Milde and to celebrate his life and achievements.

We have created a page where friends, colleagues and students of Professor Milde can share their thoughts and condolences: mcgill.ca/iasl/press/2018/michaelmilde