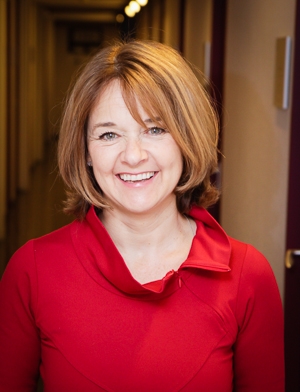 The Faculty of Law is pleased to announce that Johanne Poirier has been named the inaugural holder of the Peter MacKell Chair in Federalism. Professor Poirier will join the Faculty of Law on August 1, 2015.

Johanne Poirier is a noted scholar of public law and constitutional law, with a unique expertise in federalism, developed over years of work in Belgium where she used her personal experience of the Canadian federal context in her study of local and European circumstances.

A member of the Board of Director of the Forum of Federations, she has taught and participated in expert missions on constitutional reform and federalism in several countries, such as Tunisia, Bosnia-Herzegovina, Sudan and Nepal.  She has been a visiting professor at McGill, but also at the Universities of Montréal, of Ottawa, of Rwanda and at the Center for constitutional studies in Madrid.

Prior to her academic career, she clerked for Justice Gonthier of the Supreme Court of Canada, and practiced law with the Department of Justice, specialising in constitutional and administrative law litigation.

“Professor Poirier is a terrific scholar of federalism and will bring honour to the Faculty as the first incumbent of the new Peter MacKell Chair,” said Dean Daniel Jutras. “She has built an impressive network of scholars in Europe and North America, and gained recognition for her scholarship on both continents. Her presence here will expand our ability to serve as a hub for advanced research in public law in the Northern hemisphere. We look forward to welcoming her next summer.”

The Peter MacKell Chair in Federalism

The Peter MacKell Chair in Federalism, endowed in 2011, was made possible by a generous bequest from Peter R. D. MacKell.

Building upon an interdisciplinary background in law, political theory and public policy, the Chair will make contributions to the theory and comparative practice of federalism, understood broadly as a mode of governance and a technique of social organization. The compass of the Chair embraces not only state-federalism, but inter-state federalism, federalism in non-state normative orders, and federalism within NGOs, corporations and labour organizations. The chair holder will lead research programs relating to all aspects of the federal idea, and more generally to the place of federalism as a mode of social structuring for the global legal order.

Noted lawyer Peter R.D. MacKell, QC, BCL'51 (1927-2011), was born in Ottawa and held degrees from the Royal Canadian Naval College and McGill University. Admitted to the bar in 1951, he began his career with Duquet MacKay, later moving to Martineau Walker, today known as Fasken Martineau. He led the firm for several years, before retiring in 1995. He handled many significant litigation and commercial briefs in the course of his career, representing major Canadian and foreign clients. He was also a highly sought-after corporate director, and a member of the board of Goodfellow inc. for many years, as well as a director of the Régie de l’assurance-dépôts du Québec.