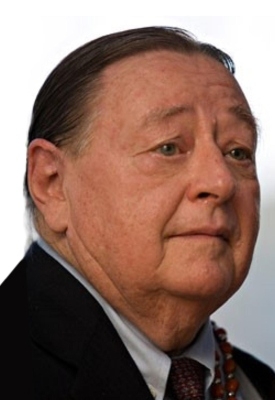 On 26 May, James (Sa’ke’j) Youngblood Henderson, F.R.S.C., will receive a Doctor of Laws (LLD), honoris causa, from McGill University, and give the commencement address at the 2022 Law Spring convocation ceremony.

Sa’ke’j Henderson is an internationally recognized authority in Indigenous knowledge, heritage, jurisprudence, constitutional rights, and human rights. He is the research director of the Native Law Centre of Canada and teaches Aboriginal law at the College of Law, University of Saskatchewan.

The holder of a Juris Doctor from Harvard Law School (1974), he has been influential in Canadian and international spheres. He served as an adviser for the Mi’kmaw Nation and the Assembly of First Nations during Canada’s constitutional process, and co-drafted the United Nations’ Principles and Guidelines for the Protection of Indigenous Heritage and the UN Declaration on the Rights of Indigenous Peoples. He has been an advisor to the Minister of Foreign Affairs and International Trade (1997-2003) and a member of the Canadian Commission to UNESCO. His achievements in international and national law have been recognized by the awarding of Indigenous Peoples’ Counsel (2005), a National Aboriginal Achievement Award for Law and Justice (2006), an Honourary Doctor of Laws from Carlton University (2007), and his election as a Fellow of the Royal Society of Canada (2013).

Honorary doctorates are McGill University’s highest honours. They are awarded to people who have shown exceptional dedication to improving the lives of others, whether through research, art, public service, or philanthropy.

“We will be honoured to see McGill recognize Sa’Ke’j Henderson’s exceptional contributions and inspiring example and to hear him address our graduating class,” said Dean Robert Leckey. “Honouring a scholar and policy maker in Indigenous law is fitting as the Faculty of Law pursues its efforts to deepen the place of Indigenous legal traditions in its distinctive, integrated teaching and research.”

The 2022 Law Spring Convocation Ceremony will be held on 26 May, starting at 3 pm, and will be livestreamed. The webcast link will be shared on the Faculty of Law’s social media channels the day of the ceremony.