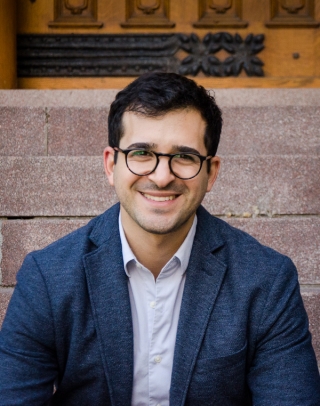 The Faculty of Law is pleased to announce that the Office of the Privacy Commissioner (OPC) of Canada released on November 12 a report authored by Professor Ignacio Cofone which will inform the OPC’s recommendations for privacy law reform in Canada. The report is based on an open consultation by the OPC for updating the Personal Information Protection and Electronic Documents Act (PIPEDA), the cornerstone of Canada’s federal private-sector privacy regime.

Professor Cofone’s report, titled "Policy Proposals for PIPEDA Reform to Address Artificial Intelligence", sets out recommendations that would modernize PIPEDA in a way that protects privacy and human rights, while also acknowledging businesses’ interests in view of AI. It builds on the OPC consultation proposals, the feedback contained in the numerous responses to the consultation, years of work by the OPC on PIPEDA reform, and research from privacy law scholars and subject-matter experts. It does so in dialogue with provincial and international legislative precedent, with attention to maintaining Canada’s adequacy status, and in view of PIPEDA’s constitutional constraints. It groups the recommendations into four modules: a rights-based approach, flexibility measures, provisions specific to automated decision-making, and accountability & design.

"Canada is in dire need of a privacy law reform that modernizes the main statute that protects and regulates Canadians' privacy in the private sector,” states Professor Cofone. “Much has changed since PIPEDA was enacted in 2001 from a technological, social, and legal perspective.”

“It’s extraordinary to see such a recent arrival to the Faculty of Law making such a significant contribution to policy development regarding an important contemporary challenge,” said Dean Robert Leckey. “Professor Cofone joins a rich tradition of McGill Law scholars who translate their research into public policy and debates for the betterment of Canadian society.”

The House of Commons has since announced that PIPEDA amendments would be proposed on November 16, 2020, brought by the Minister of Innovation, Science, and Industry.

You can read Professor Cofone’s “Policy Proposals for PIPEDA Reform to Address Artificial Intelligence Report” on the OPC site.