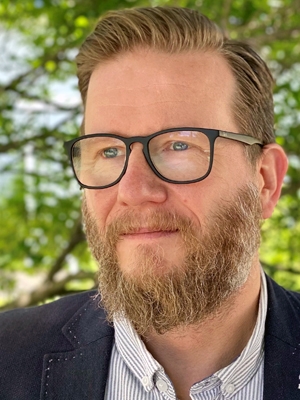 The Faculty of Law is pleased to announce that Professor Helge Dedek has received the 2021 John W. Durnford Award for Teaching Excellence during the online Law Convocation ceremony on June 11, 2021. Professor Angela Campbell, associate provost (equity & academic Policies), presented him with the award.

In their nomination letters, students vaunted Professor Dedek’s classes as “memorable, informative, and impactful,” and praised his teaching style for combining “emotive lecturing, exciting hypotheticals, and unparalleled class engagement” while giving first year students “a sense of belonging at the Faculty.”

Students underscored how much Professor Dedek “constantly looks out for his students’ best interests,” and acts as “a supportive mentor” who is always “willing to continue discussing issues after class or during office hours” and who “considers his students' success as his own.”

In her remarks, Professor Angela Campbell declared that McGill Law students have quite rightly recognised Professor Dedek as an outstanding educator. She added that for his colleagues, Professor Dedek is a “scholar of rigour and integrity, resistant to reductive reasoning, with an undaunted and unreserved commitment to the McGill Law transsystemic project, even as it grows and evolves.”

About the John W. Durnford Award for Teaching Excellence