François Crépeau takes up directorship of Centre for Human Rights 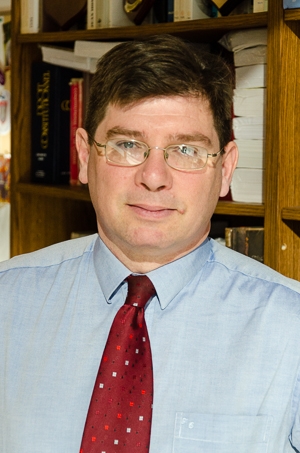 This August, Professor François Crépeau took over the mandate of Director of the Centre for Human Rights and Legal Pluralism (CHRLP) from Professor Colleen Sheppard.

François Crépeau is United Nations Special Rapporteur on the Human Rights of Migrants. He holds the Hans & Tamar Oppenheimer Chair in Public International Law at the Faculty of Law, where he teaches Migration Law, Immigration and Refugee Law, and Constitutional Law. He became a member of the Royal Society of Canada in 2012.

The focus of Professor Crépeau’s current research includes migration control mechanisms, the rights of foreigners, the conceptualization of security as it applies to migrants, and the rule of law in the face of globalization.

In his announcement, Dean Daniel Jutras underscored how the Faculty is “enormously grateful to François Crépeau for taking on this most important mandate. No doubt he will have many opportunities to develop synergies between the activities of the Oppenheimer Chair, his UN mandate and the CHRLP.”

The Faculty is also deeply grateful to Professor Colleen Sheppard for her unstinting work during her five years at the head of the CHRLP, leading the Centre’s efforts on multiple fronts. As Dean Jutras explained, “Her focus on community engagement brought new directions to the CHRLP, and extraordinary visibility and impact for the Faculty and its human rights scholars.”