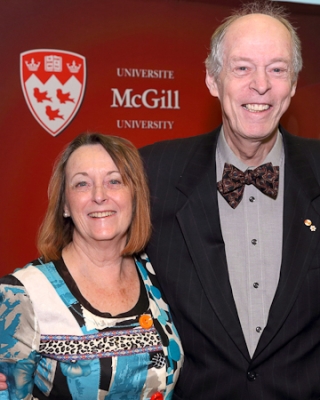 More than a dozen members of the McGill Faculty of Law community have received Queen Elizabeth II Diamond Jubilee Medals this year.

The award, which was created in 2012 to mark the 60th anniversary of Her Majesty’s accession to the Throne, recognizes individuals who have made a significant contribution to Canadian society. In total, 60,000 Canadian medals were awarded in ceremonies occurring throughout the year.

If you know of any other members of the McGill Law community who have also received this honour, please ebulletin.law [at] mcgill.ca (contact the Faculty). You may also wish to notify the Secretariat of the Board of Governors to have their names added to McGill University’s master list of medal recipients.