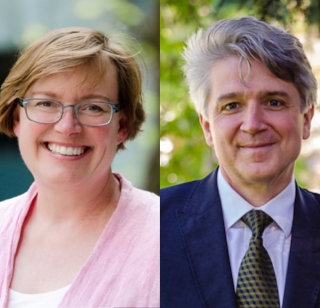 The Faculty of Law is pleased to announce that Professor Andrea K. Bjorklund and Professor Fabien Gélinas, Ad. E., have been named Norton Rose Fulbright Faculty Scholars in International Arbitration and International Commercial Law for the 2022-2023 academic year.

Professor Gélinas is a full professor and Sir William C. Macdonald Chair. He teaches and conducts research in international dispute resolution, common law and civil law contracts, commercial law, and legal theory. Formerly general counsel of the International Court of Arbitration of the International Chamber of Commerce and past president of the Arbitration Committee of ICC Canada and the Canadian Chamber of Commerce, he is an advocate emeritus of the Barreau du Québec and acts as arbitrator, expert, and consultant on dispute resolution and legal reform. In 2021, the Canadian Bar Association Quebec branch awarded him the Paul-André-Crépeau Medal for his remarkable contribution to the advancement of international aspects of private and commercial law in Quebec and abroad.

As Norton Rose Fulbright Faculty Scholars, Professors Bjorklund and Gélinas will support a rich program of research activities in international arbitration and commercial law. These awards were made possible thanks to a generous gift from Norton Rose Fulbright Canada, to which nearly 85% of McGill graduates at the firm contributed.

“Professor Bjorklund and Professor Gélinas greatly contribute to sustaining international arbitration as a key strength of the Faculty of Law, one consistent with our distinctive integrated approach to legal teaching and research,” said Dean Robert Leckey. “We are grateful that Norton Rose Fulbright’s gift during our previous capital campaign makes possible the continued support of their important work.”