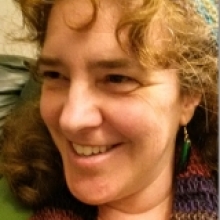 Maria Morrison received her AB from Princeton University and her Ph.D. from the University of Virginia, where she wrote on violence in fairy tales. In 2015 Maria joined the German Faculty at McGill. Prior to moving to Canada, she was a Visiting Assistant Professor at the College of William and Mary. She also spent two years at the University of Bonn as a Lektorin in the English Department and has taught for 12 years in the German summer school at Middlebury in Vermont. Maria's research interests include folk and fairy tales, picture books, readings in romanticism, and early 20th century literature and film.