Publication on Workshops with Children of Asylum-Seeking Families

On September 12, 2019, the IHDW in collaboration with the MAHI released a prelaunch of a publication detailing the visual work that was created by children of asylum-seeking families over the course of the summer of 2019.

This book speaks to the ways that art and art-making can bring people closer together in uncertain times. For a group of children and young people who are undocumented and who are living with their families in temporary shelters in Montreal, and for the various volunteers through McGill University and the community members and organizations who came together over several months, art-making became the vehicle through which we were able to interact and communicate with each other. This book showcases the art that the children and young people produced over a period of 8 weeks. It also, however, acknowledges the particularity of the circumstances of a unique collaboration and to this end includes reflections from the volunteers who in various ways participated in the art-making workshops.

The workshops were held on Wednesdays, from 10 am to 12 pm, in May and June 2019.  Six sessions took place in the McGill Art Hive (MAHI) space and three took place in the Community Garden of the Faculty of Education; approximately 30 children participated in each session.

Each workshop started with a movement exercise, followed by a short snack pause, and ended with an art making activity: full-scale portraits on big sheets of paper; free modeling with playdough; drawing, painting and bricolage; decorating bee-hive boxes; and sidewalk chalk drawing.

At the end of each session, the children had the option of taking their work back with them, or to leave it to be exhibited in the Faculty of Education.

Vice-Principal Louis Arseneault and McGill University in collaboration with the Byenvini project in Montreal officially launched the book on October 16th, 2019. Details of the event can be found here 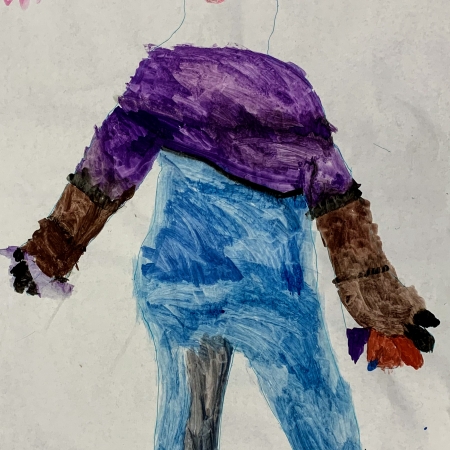 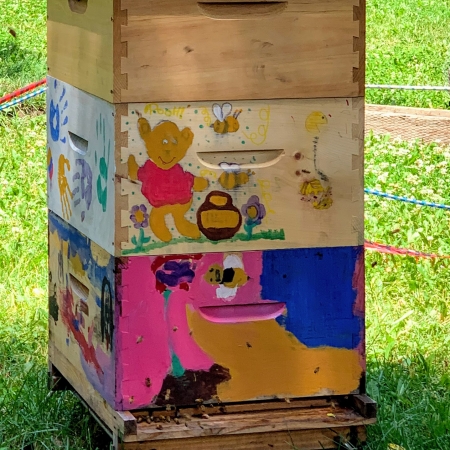 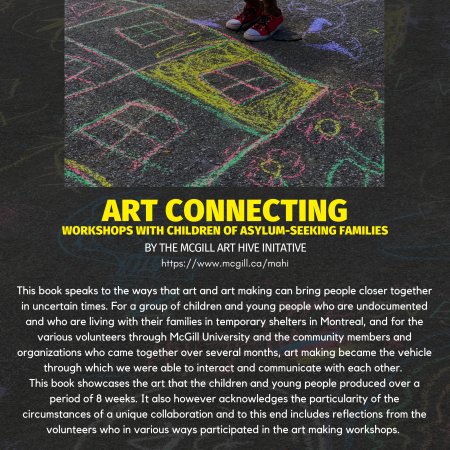 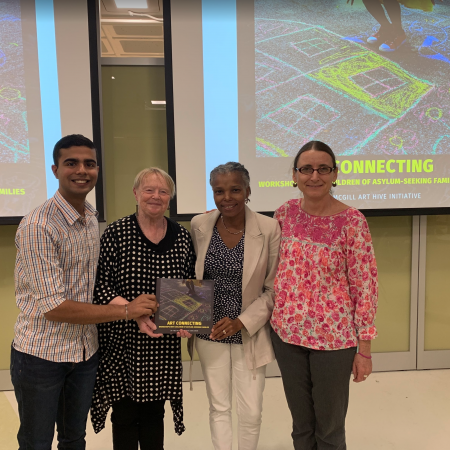 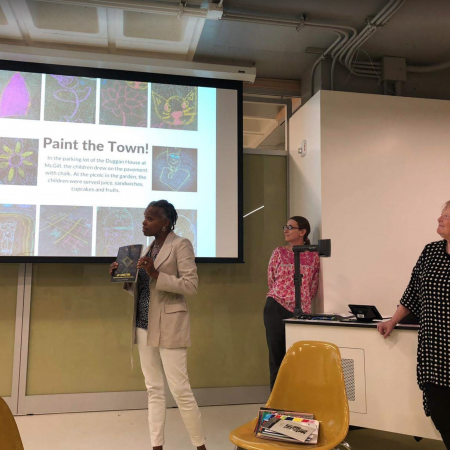 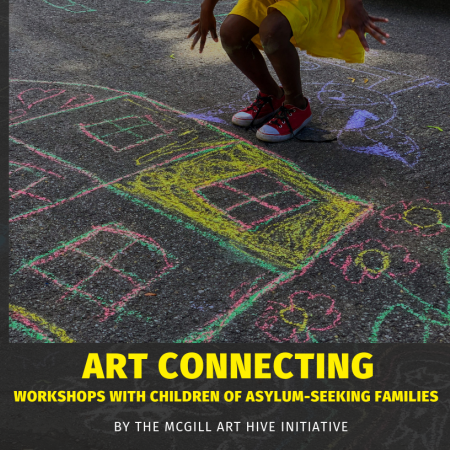