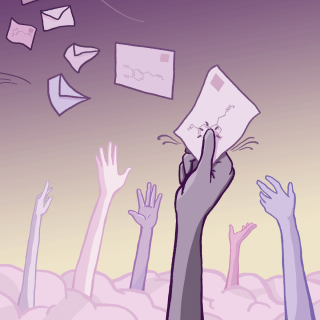 Neurotransmitters are chemicals brain cells use to communicate. They work together with matching receptors on the cell surface to drive brain activity. However, we don’t fully understand how the distribution of these receptors varies region by region throughout the brain, nor what effect they have on brain function.

Aiming to build a brain atlas of neurotransmitter receptors, Dr. Bratislav Misic, his graduate student Justine Hansen and a group of international collaborators combined positron emission tomography (PET) data—collected using a technique that visualizes and measures changes in metabolic and other physiological processes with radioactive tracer chemicals—from more than 1,200 healthy individuals to map the distribution of 19 different neurotransmitter receptors and transporters across the brain.

Comparing their map with other types of neuroimaging data, such as magnetic resonance imaging (MRI), the team observed that receptor densities align with structural and functional brain networks. They also uncovered an association between receptor profiles and the separation of internal psychological processes (e.g., emotion, mood and stress) and those associated with processing external input (e.g., visual attention and planning). When they compared their atlas to brain-thinning maps for 13 neurological, psychiatric and neurodevelopmental disorders, they not only confirmed known receptor-disorder associations but discovered new ones as well.

This work helps illustrate how the distribution of neurotransmitter systems shape brain structure and function, and opens the door for transformative new discoveries by allowing researchers to study brain organization on multiple levels. Read all about this groundbreaking research in the group's newly-published article in Nature Neuroscience.