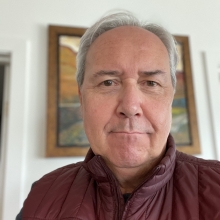 Richard Budgell was appointed Assistant Professor in the Department of Family Medicine in 2020. He is a Labrador Inuk and lectures, writes and does research on Inuit health. Prior to joining Family Medicine he was a federal government public servant in First Nations and Inuit health, and other Indigenous fields, for more than thirty years. Has was awarded the Queen Elizabeth II Golden Jubilee Medal in 2002 for exemplary public service in his role in the creation of the Aboriginal Head Start program, an early childhood development program for First Nations, Inuit and Métis children and families. He has a Master of Arts degree in Canadian Studies (Aboriginal concentration) from Carleton University and began doctoral studies in History at McGill in 2021. He is involved in a variety of research projects, including Inuit cultural safety in health care and the Inuit community in southern Quebec.