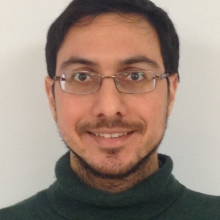 Type 1 diabetes is treated with life-long insulin-replacement therapy using daily injections or subcutaneous insulin infusion via a portable pump. With the current treatments, less than 20% of patients achieve glucose targets, and the life expectancy of patients with type 1 diabetes is less than that of the general population by as much as 13 years.

The artificial pancreas is considered the most promising therapy for type 1 diabetes. The work of Dr Haidar has a great potential to improve patients’ quality of life.

3. Assessment of psychosocial outcomes of novel electromechanical artificial pancreas that alleviate the need for carbohydrate counting in type 1 diabetes: qualitative and mixed methods