What a fool believes (in 2012): Journalists, Scientists and End of the World-ists

As students of the world, we must think carefully about the role of journalists, scientists, politicians and religion when it comes to the environment.  To quote the Doobie Brothers (1978): "What a fool believes he sees, no wise man has the power to reason away."

In 2004, American journalist Bill Moyers was awarded a Global Environmental Citizen Award by Harvard Medical School.  In his acceptance speech, Mr. Moyers spoke candidly about the number of Americans who believe that environmental destruction is a (welcome) sign that we're fast approaching the second coming of Jesus.  He emphasized that this belief is held by many policy makers in Washington.  In Canada, politicians do not air their religious views in public, but they are expected to explain their policy decisions. Recently, our federal government revoked most federal environmental laws and eliminated government funding for science without offering any explanation at all. To figure out what's going on, Canadian journalists like Lawrence Martin are saying that we must begin to study the behaviour of government much as a scientist approaches the study of any living thing: by gathering clues about what makes them tick. 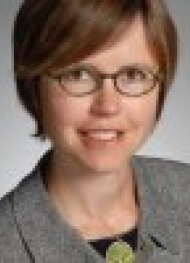 Katia Opalka (B.A. History '92, B.C.L. & LL.B. '97) is an Adjunct Professor at the McGill School of Environment. As an undergrad at McGill, she was influenced by the events surrounding the end of the Soviet Union and the fall of the Berlin Wall, Francis Fukuyama's The End of History and the Last Man and Charles Taylor's book Sources of Self: The Making of the Modern Identity. An environmental lawyer with many years of experience advising corporations and investigating environmental law enforcement, Professor Opalka is concerned about the rise of religious fundamentalism in a world that - like Ivan in the Brothers Karamazov - seems to have stopped believing in people.
Related Links:
https://www.mcgill.ca/mse/events-media/special-events
Last updated: 11/03/2020 - 09:46
Back to top
McGill University
Copyright © 2022 McGill University
Accessibility Log in