The Disability and Human Rights Series explores compelling issues on disability with a focus on law and policy. Both law and non-law students from all levels and academic backgrounds are welcome to submit.

The ‘Disability and Human Rights’ series welcomes articles, commentaries, podcasts, artwork, photography and other forms of writings and media that deal with the subject of disability.

Are you writing a supervised term paper or research essay for class this fall or coming winter? Or did you write one in the summer term just past?

Get experience presenting your work and enjoy sharing your ideas with colleagues and professors by participating in the BLG Student Research Conference, hosted at the Faculty of Law next spring, by the Paul-André Crépeau Centre for Private and Comparative Law. 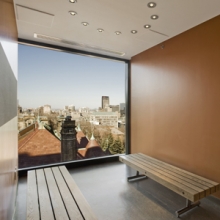 The Faculty of Law is pleased to announce that it has been ranked among the world’s top universities to study law by the Times Higher Education (THE). A ranking by subject released on October 4, 2017, declared McGill the 13th best school to study law worldwide.

This year marks the first time Law has been included as a subject by the THE. Scores were calculated using the 13 performance indicators as their World University Rankings, which fall under five categories: teaching, research, citations, international outlook, and industry income. 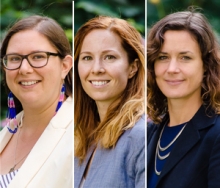 The Faculty of Law is pleased to welcome three new colleagues to its administrative team.

Are you writing a supervised term paper or research essay for class this winter? Or did you write one in the fall or summer terms just past?

Get experience presenting your work and enjoy sharing your ideas with colleagues and professors by participating in the BLG Student Research Conference, hosted by the Paul-André Crépeau Centre for Private and Comparative Law in collaboration with Borden Ladner Gervais, on March 31, 2017 (2:30-5:00 PM), at McGill University’s Faculty of Law.

The Faculty of Law is pleased to announce that Professor Vrinda Narain has accepted the mandate of Associate Dean (Academic) in the Faculty of Law, for a three year term beginning September 1, 2016.

Professor Narain’s research and teaching focus on constitutional law, social diversity and feminist legal theory. She was a Boulton Fellow in 2007, before joining the Faculty of Law as an Assistant Professor in 2008.

Robert Leckey named Dean of the Faculty of Law

We are delighted to announce the appointment of Professor Robert Leckey as Dean of the Faculty of Law at McGill University, starting July 1, 2016.

Professor Leckey joined the Faculty of Law in 2006, and is currently a full professor and a William Dawson Scholar. He does research and teaches in the areas of constitutional law and family law, using a bilingual and transsystemic approach. He has received the McGill Law Students’ Association’s John W. Durnford Teaching Excellence Award (2009) and the Principal’s Prize for Excellence in Teaching (2010).

Each summer, the Paul-André Crépeau Centre for Private and Comparative Law organizes a series of seminars to promote the legal research of students from McGill and elsewhere. Attendance is open to all.

Progression of the series:

The Insolvency Institute of Canada (IIC) is proud to announce that the 2016 Law Student Writing Awards program is now open. This is the 12th year of the award program, which seeks to engage and generate interest among undergraduate law students in the practice of corporate insolvency and restructuring through the research and development of papers. Students have the opportunity to submit their proposals for reform to the business and legal community of which they are about to enter.

Thanks to the generosity of Sophie Nappert (BCL’86, LLB’86), the Nappert Prize in International Arbitration will be awarded for the second time in 2016 after an enormously sucessful inaugurual competition in 2014.

To encourage innovation and stimulate interest in research among law students at faculties of Quebec civil law, the Paul-André Crépeau Center for Private and Comparative Law is launching a student poster contest.

The contest is linked to the conference that will mark, on 12 February 2016, the Crépeau Centre’s 40th anniversary, during which poster submissions will be displayed and the  winners announced.

Professor Angela Campbell was recently appointed Associate Provost (Policies, Procedures and Equity) (APPPE). She will step into the role on September 1. The APPPE is one of two Associate Provosts assisting Provost Christopher Manfredi in top-level academic governance at McGill.

The Faculty of Law is pleased to announce that Vrinda Narain and Paul Miller have each been promoted to the rank of Associate Professor. When he shared the news, Dean Daniel Jutras indicated how “this is wonderful news, which underscores the excellence of their work and the quality of their contributions to the intellectual life of the Faculty, the University and the various communities to which we belong. It is a privilege to have them as members of our McGill Law community.”

McGill University has announced the 16 recipients of honorary doctorates for the upcoming spring convocation. Among them is Professor Martti Koskenniemi, who will be awarded the LL.D. distinction during the Faculty of Law’s convocation ceremony on Thursday, May 28, 2015, at 2 pm.

A group of McGill students and alums who worked on the Myko Social Score app have received the 2015 Catalyst Award for Excellence in Applied Student Research.

The Award is sponsored by the McGill Office of Sustainability and is decided by a distinguished jury. DCL candidate Juan Pinto, undergrad law student Etienne Ravilet Guzman, as well as alumni Carolina Cruz-Vinaccia (LLM’11) and Guillaume Béal (LLM’14), were among the members of the multidisciplinary team that received the group award.