Group coordination is optimized between people with similar movement rates 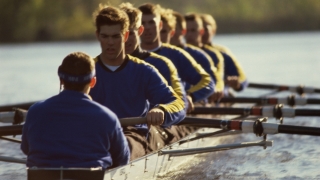 Everyone marches to the beat of their own drum: From walking to talking to producing music, different people’s movements occur at different speeds.

But do these differences influence coordination of group actions? The answer is yes, according to McGill University researchers. The finding has the potential to help us predict for each person how successful they will be in a group task, depending on how similar their partners are to them in their internal rhythms.

”We found that pairs of musicians (pianists) with similar rates of solo music performance are better at synchronizing the timing of tone onsets during piano duets than partners with different solo performance rates,” says McGill psychology professor Caroline Palmer.

“We think this could extend to interpersonal synchrony in other fields, such as recreational activities like jogging, where health benefits may be greatest when partners are matched for rates; or in education, when teachers and students are matched in conversational speech rates; and especially in sports, such as tennis doubles, pairs skating or team rowing,” explains Palmer.

“These findings suggest that coordination of timing with a partner is facilitated by similarity of partners’ individual movement speeds,” says Anna Zamm, a Ph.D student at McGill and the study’s first author.

“Success on group tasks is linked to how well pair members match up - a bit like rowers in a boat. The boat will move straight ahead if both people are matched in the force with which they row”, explains Palmer.  “It does not matter whether each individual is strong or weak - it's the match in force that matters”.