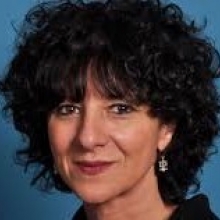 Dr. Israel is an Associate Professor of Psychiatry at McGill a fellow of the Academy of Eating Disorders and distinguished Fellow of the Canadian Psychiatric Association. She has been a treating psychiatrist and medical director of the Douglas Eating Disorders Program since 1998 and is involved in the clinical, teaching, research and knowledge transfer missions of the program. In addition, she is a consultant psychiatrist to first-line community mental health care teams. Dr. Israel is also Chair of the Morbidity and Mortality committee at the Douglas Mental Health University Institute and Chair of the Student Promotion Committee for McGill’s Faculty of Medicine.

Dr. Israel was chief of the department of psychiatry of the Montreal West Island Integrated University Health and Social Services Centre from 2016-2018; Psychiatrist-in-Chief at the Douglas Mental Health University Institute from 2011-2016 and Chair of the Department of Psychiatry of McGill University from 2008 to 2015. She has also been a Royal College Examiner for Psychiatry, has chaired the Curriculum Committee for the McGill Department of Psychiatry, and has been vice-president of the Regional Table of Medical Specialists of Montreal. A recipient of four McGill University teaching awards, including the 2004 McGill Department of Medicine Faculty Honour List for Educational Excellence, Dr. Israel was also presented with the National Alliance for the Mentally Ill Exemplary Psychiatrist Award in 1998, the grand prize of the Quebec Medical College of Physicians in 2006, the Persillier-Lachapelle Career Achievement Award; Quebec Ministry of Health and Social Services in 2013 and the Quebec Psychiatric Association Heinz E. Lehmann prize for excellence in psychiatry in 2018.