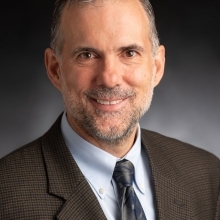 Dr. Thombs completed his Ph.D. in clinical psychology at Fordham University in 2004, during which he did his clinical internship training at Weill Cornell Medical College in New York. He was a postdoctoral fellow and instructor at the Johns Hopkins University School of Medicine before coming to McGill in 2006.

Dr. Thombs is currently a Senior Investigator at the Lady Davis Institute for Medical Research, Jewish General Hospital and a Professor in the Faculty of Medicine, McGill University, Department of Psychiatry, with Associate Memberships in the Departments of Medicine; Epidemiology, Biostatistics, and Occupational Health; Psychology; Educational and Counselling Psychology; and the Biomedical Ethics Unit. Dr. Thombs is internationally known for (1) developing, testing, and disseminating educational, self-management, rehabilitation, and psychological interventions for people living with the rare autoimmune disease scleroderma; (2) his work on depression screening and the evaluation of depression screening tools; and (3) meta-research, which involves examining how the design, conduct and reporting of medical research may lead to bias. Dr. Thombs is Chair of the Canadian Task Force on Preventive Health Care, Director of the Scleroderma Patient-centered Intervention Network (SPIN), and Director of the DEPRESsion Screening Data (DEPRESSD) Project.

Since he came to the Jewish General and McGill University in 2006, Dr. Thombs has authored more than 300 articles, including more than 290 peer-reviewed articles. He is the principal investigator or a co-investigator on numerous grants from the Canadian Institutes of Health Research (CIHR) the Fonds de la recherche Québec - santé (FRQ-S), the US National Institutes of Health (NIH), and private organizations, including the Arthritis Society, Scleroderma Canada, and provincial scleroderma patient organizations.

Awards that Dr. Thombs or teams he has led have received in recognition of the team’s work include the Cochrane Collaboration’s Bill Silverman Prize, the Academy of Psychosomatic Medicine’s Research Award, the Association of Rheumatology Health Professional’s Distinguished Scholar Award, Researcher Salary Awards (Junior I, Junior II, Senior) from the FRQ-S, an Arthritis Society Salary Award, the Jewish General Hospital Award for Excellence in Clinical Research, the Canadian Psychological Association Health Psychology Section Early Career Award, the Canadian Psychological Association’s President’s New Researcher Award, an American College of Rheumatology Research and Education Foundation Health Professional Investigator Award, and a CIHR New Investigator Award, Dr. Thombs was the lead author of an international team that published an article on depression screening in cardiovascular care settings, which was a finalist for the 2009 BMJ Group Research Paper of the Year Award. In 2014, he was one of two recipients of the inaugural version of the McGill Principal’s Prize for Outstanding Emerging Researchers, which is awarded to McGill’s top investigators within 10 years of their highest degree from any of its 13 faculties and schools. Dr. Thombs is a Fellow of the Canadian Academy of Health Sciences and a Member of the College of the Royal Society of Canada.

Trainees under Dr. Thombs’ supervision have first-authored over 100 peer-reviewed articles, including articles in top journals such as JAMA, JAMA Internal Medicine, BMJ, the British Journal of Psychiatry, the Journal of the American Academy of Child and Adolescent Psychiatry, Psychotherapy and Psychosomatics, and Arthritis Care & Research. They have been co-authors of many more articles. They have done over 90 oral conference presentations and more than 50 invited talks in international, national, and local settings. Dr. Thombs’ trainees are highly successful in obtaining federal and provincial funding for their training.