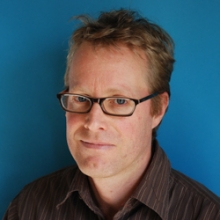 As a clinical psychologist and Full Professor of Psychiatry at McGill University, Dr. Brunet has been investigating the impact of trauma exposure on individuals for over 20 years, with a special focus on characterizing the risk factors and developing effective treatments for PTSD. Prof. Brunet has developed a novel treatment called reconsolidation therapy which has been used with victims of terrorism in the Bataclan (Paris, France). This treatment made the top ten discoveries list for 2008 in the magazine Québec Science. In 2001, Dr. Brunet developed the Peritraumatic Distress Inventory, or PDI, the first instrument to assess the recalled amount of distress experienced at the time of a traumatic event. The PDI is now utilized by more than 40 teams across the world and has been translated into 12 languages. Dr. Brunet is past co-editor of the Journal of Traumatic Stress, the premier specialty journal in the field of traumatic stress. Dr. Brunet is co-recipient of several grants from the CIHR, the IRSST, and from the U.S. Army to pursue work on Reconsolidation Therapy for PTSD. In 2006, he was listed on the MacLean’s annual honour roll as one of 39 Canadians who make the world a better place to live and was named "Personality of the Week" by Montreal newspaper La Presse. In 2015 he was listed by GEO Magazine among the people who are changing our world for the better.